David Hayes credits Zac Purton with helping lay the foundations for his stable’s blistering start to the 2021/22 season after the champion jockey became only the second rider in Hong Kong racing history to post 1,300 wins at Sha Tin on Sunday.

On a day of landmark success, Purton’s phenomenal feat was overshadowed by Blake Shinn’s stunning quartet as Hayes surged to the top of the trainers’ championship with a second Sha Tin treble in as many meetings.

Fittingly, Hayes and Purton combined with King’s Capital in the second section of the Class 4 Ngau Tau Kok Handicap (1400m) as Purton joined 13-time champion Douglas Whyte in an elite club as the only jockeys to amass 1,300 winners or more in Hong Kong.

“It’s nice, of course. It’s always nice to tick these milestones off. It was good to get over the line and it’s nice to ride another winner for ‘Hayesey’, too,” said Purton, currently riding without injury issues, unlike last season. “I feel good. I feel fresh. My body feels good, so I just keep going.”

Purton finished the day with a double and outright leadership in the jockeys’ championship with six victories after partnering Jimmy Ting’s My Sugar to success in the Class 3 Kwun Tong Handicap (1400m) – and 1,301 triumphs overall.

“He (Purton) really helped me settle in, he was good and a big help through my quiet run,” the dual Hong Kong champion trainer said of his return to Sha Tin last year. “He won on some important ones for me last year, they weren't big wins - but they were wins.” 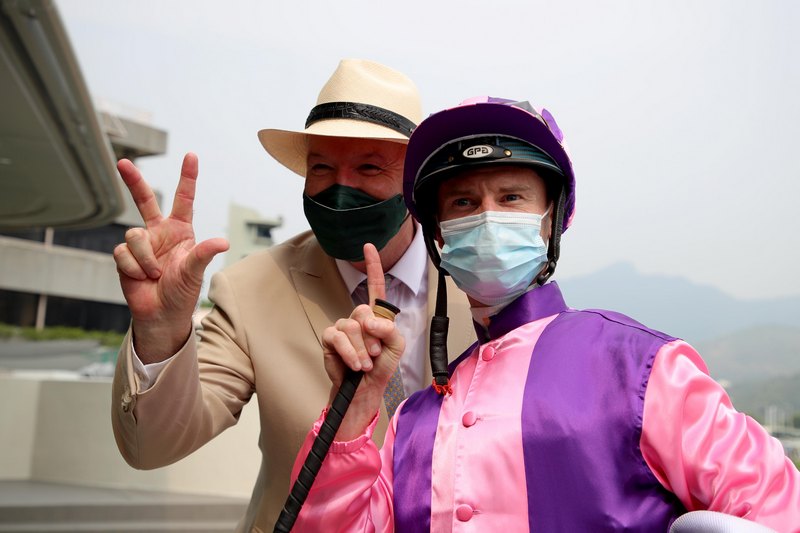