Worth a closer look...

The ThoroughbredNEWS team look at different aspects of the form ahead of another great weekend of interstate action. There may or may not be winners, but there are definitely some interesting points of view worth a closer look…

Odds with TAB.com.au as at Friday 8.00pm. Race times are all Australian Eastern Standard Time.

A smart address is always worthwhile to impress and when your dam is Mywayorthehighway it is best to pick the best address in town and PARK AVENUE has done just that. Not only has the Fastnet Rock colt stamped his address, he has stamped his first two start with wins. The Richard and Michael Freedman trained Park Avenue made his debut at Wyong over 1100m on May 13th and then stepped out in town winning at Randwick over the same distance on May 29th, both under apprentice Jean Van Overmeire, both on Soft tracks and both narrow, but progressive wins. — RB

The McEvoy stable send out HURTLE for his second start after a winning debut by 5 1/2L over 1100m with 58kg on the All Weather at Ballarat on May 24th.  Transferring to the turf on Saturday should not bother the Capitalist colt, with dollops of Danzig on both sides of his pedigree, and with Luke Currie up and barrier three his 57kg should be a breeze to sprint down the wide open spaces of Sandown. — RB

BRIMHAM ROCKS (GB) went from being a genuine $7.00 chance during the running of the Premier’s Cup at his previous outing to a $77.00 outsider when the complexion of the contest changed dramatically at the halfway stage. In the end, the imported stayer did quite a reasonable job to finish three-and-a-half lengths off the winner Spirit Ridge in what ultimately amounted to be a satisfactory Brisbane Cup lead-up. A previous winner up to 2800m, the Chris Waller-trained 7-year-old was staying on strongly at his past two starts over 2000m and 2400m and success in the ‘two-mile’ feature would genuinely come as no surprise. — PF

Brad Widdup’s nicely bred ADELONG is looking to step up for a stakes win after two recent placings at stakes level in the Hawkesbury Gold Rush and Ortensia Stakes. The five-year-old mare by Medaglia d’Oro, out of the Redoute’s Choice mare Snowgums, tuned up for Saturday with a good win in the At Sea Handicap over 1100m with 53kg under Jay Ford after leading all the way and having 3/4L on the field at the line. Adelong has 54kg and barrier 13 on Saturday, but Ford will know her Soft and Heavy track form will allow her to handle the conditions as she looks to add to her seven wins from 16 starts, plus the invaluable black type to frank her pedigree. — RB

GRAND PIANO was last seen in action at Eagle Farm in Brisbane and turned in a very tidy effort when narrowly defeated by Profit in a Class 6 event over 1400 metres. The fact that the lightly-raced 4-year-old has been switched back to his home track would suggest that connections think that this progressive galloper will be better suited by the rain-affected conditions he is more likely to encounter in Sydney over the long weekend. Grand Piano is a three-time winner in Soft going, and has a 50 percent strike-rate in two outings on a Heavy surface. He’s also primed to breakthrough for another victory at his fourth start back from a spell. — PF 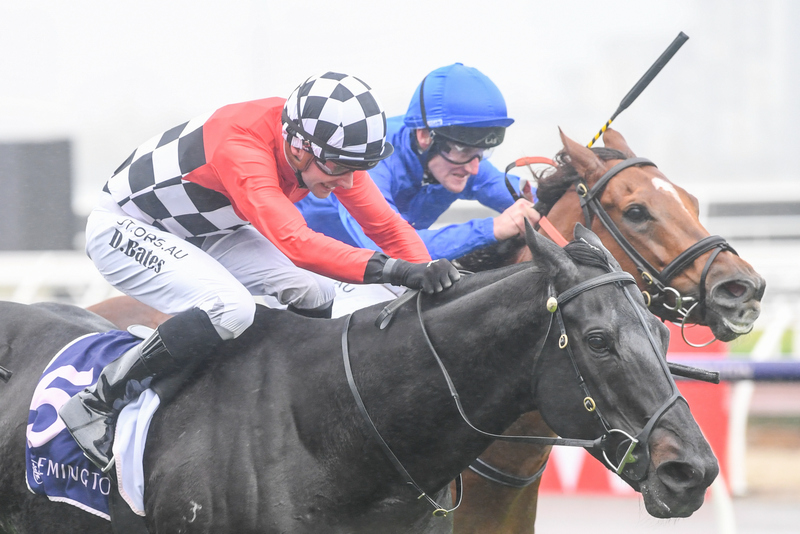 Veteran sprinter GREAT AGAIN has held entries for at least two similar events staged in Saturday Melbourne metropolitan company in recent weeks without fulfilling either engagement, connections choosing to save the rising 9-year-old for another day. With wet conditions prevailing in Victoria this weekend, Sandown’s assignment is shaping as just that occasion. A seven-time winner on Soft-Heavy tracks and in 10 of his 27 outings overall, Great Again should prove competitive after a tremendously encouraging first-up effort in the Wangoom plus the assistance of the 3kg allowance afforded rider Ms Carleen Hefel.  — PF