Williams takes Zaaki for a spin at Sandown

Craig Williams says Zaaki (GB) has a presence about him that suggests he is a high-quality galloper. The champion jockey had his first sit aboard his Cox Plate mount at Sandown on Tuesday morning ahead of the Group 1 Underwood Stakes (1800m) on Saturday. 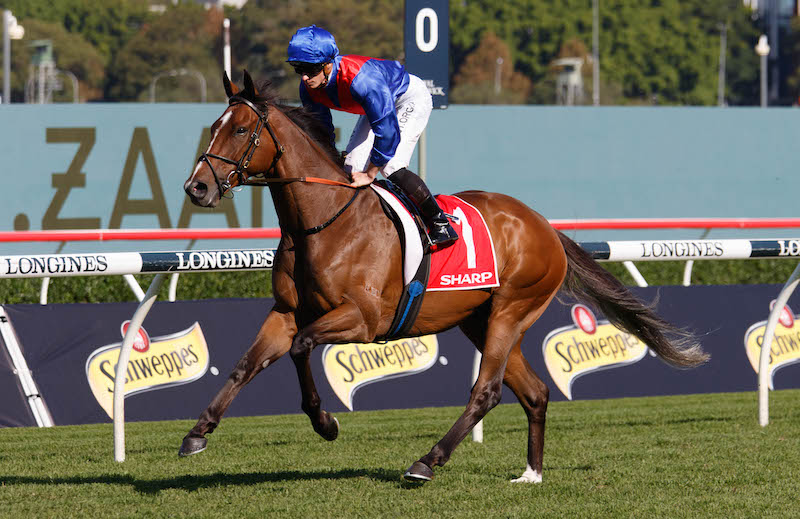 Zaaki is settling well into his new surrounding in Melbourne, picture sportpix.com.au

Zaaki’s trainer Annabel Neasham sent the gelding from Sydney on the weekend to the Flemington stables of Nick Ryan to prepare for Saturday’s race. The gelding arrived in Melbourne on Monday and Tuesday’s trip to Sandown was to give him experience of going left-handed again having raced with success that way before his arrival in Australia.

And Williams liked what he felt.

“It was really good reconnaissance for the horse and myself,” Williams told RSN. “He obviously reads the form guide and the comments about him. He seems to have that attitude about him that when he comes off the float and walks with the saddle on him, he’s got that air about him.

“Toby Lake, who took him across to Sandown, said you can feel when you’re walking him around and this morning was great preparation for Saturday’s race at Sandown. And he’s a good racehorse as well.”

Zaaki’s presence in the Underwood Stakes has scared away rivals with only 12 horses entered in Saturday’s race. The Ciaron Maher and David Eustace-trained pair of Sir Dragonet (Ire) and Explosive Jack are likely to be saved for the Group 1 Turnbull Stakes (2000m) at Flemington on Saturday week while Butter Chicken is expected to run in the Group 2 Stock Stakes (1600m) at The Valley on Friday night.

Zaaki is already strangling betting on Saturday’s race as the $1.40 favourite ahead of the final field being declared on Wednesday with Probabeel, who could miss the race also if the track is rain-affected, next pick at $7.

Jump aboard Zaaki and witness him in full flight from the pilot seat courtesy of @CWilliamsJockey and @ANeashamRacing! ✈️