The uncertainty of a confirmed booking for the favourite Zaaki (GB) has led Craig Williams to take the ride on Caulfield Guineas winner Anamoe in the W.S. Cox Plate.

It is expected James McDonald will make an application to Victorian Health officials for an exemption to come to Melbourne and partner Zaaki (GB) in the Group 1 W.S. Cox Plate (2040m) at The Valley on October 23. If granted that would leave Williams without a ride in Australia's weight-for-age championship.

Williams was confirmed as the rider of the James Cummings-trained Anamoe late on Monday and Godolphin Australia Managing Director, Vin Cox, said the stable had learned of the jockey's potential availability last week.

"It became apparent to us that Willo was available and out of the horse winning so well in the Caulfield Guineas on Saturday, there was not a lot of jockeys because not many can get down to that weight," Cox told RSN.

"A few stuck their hands up as potential riders for him, but in our discussions, as we do on a Monday morning, we decided Willo was probably our best option." 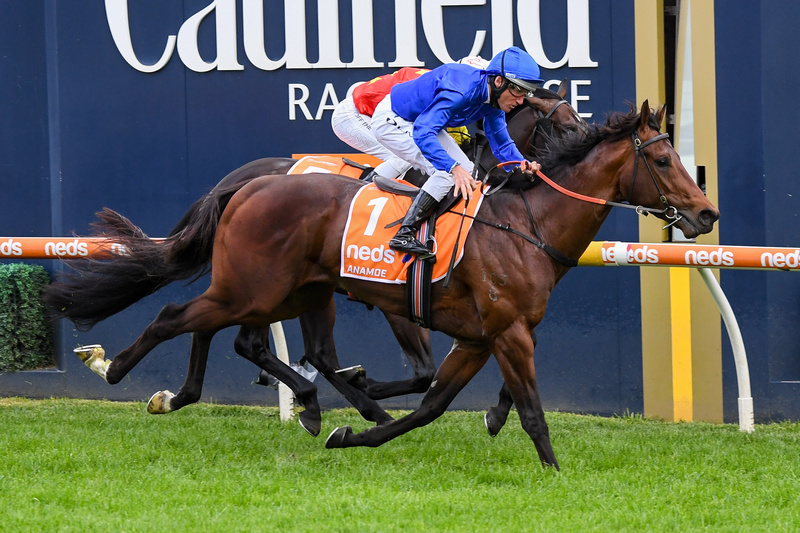 Anamoe won the Group 1 Caulfield Guineas (1600m) last Saturday with Damien Oliver aboard, but drops to 49.5kg in the W.S. Cox Plate with Williams being no stranger to riding light in The Valley's feature race. Williams partnered three-year-old Castelvecchio into second place behind Lys Gracieux (Jpn) in 2019.

Cox said Anamoe had come through his Caulfield Guineas victory in excellent order.

"It was a tough run. It was a fast run Guineas with the trifecta all being Group 1 winners, so it was a legitimate race," Cox said.

"He really is the ultimate professional. Mentally he's a very sound horse, physically he's a good, strong style of horse and it's great that he could come out this side of it and give us a realistic option of heading to the Cox Plate. It's quite exciting."

Cox said Anamoe shapes as though he will handle 2000m-plus as his dam Anamato was successful in the Group 1 Australasian Oaks (2000m) in 2007.