Wild Planet gets bob in to win Moonga Stakes

Wild Planet has bounced back to winning form in the $200,000 Group 3 Moonga Stakes at Caulfield under a patient ride from Hugh Bowman.

The Hawkes Racing-trained galloper was successful at Rosehill over 1300m last month before jumping in distance when finishing ninth in the Group 1 Epsom (1600m) at Randwick on October 3.

The Hawkes team made the decision to switch Wild Planet to Melbourne for the spring carnival with the move paying a winning dividend over 1400m on Saturday.

Melbourne representative Wayne Hawkes said Wild Planet had got too far back in the Epsom but was given a perfect ride from Bowman from his inside draw on Saturday.

“He was three back the fence from the barrier and Hugh just took his time, smoked his pipe and I wasn’t upset when they were taking each other on up front,” Hawkes said.

“Hugh Bowman said to me during the week, what you see with this bloke, is what you get.

“He’s a pure racehorse. He’s not the best horse ever but his will to win is amazing.” 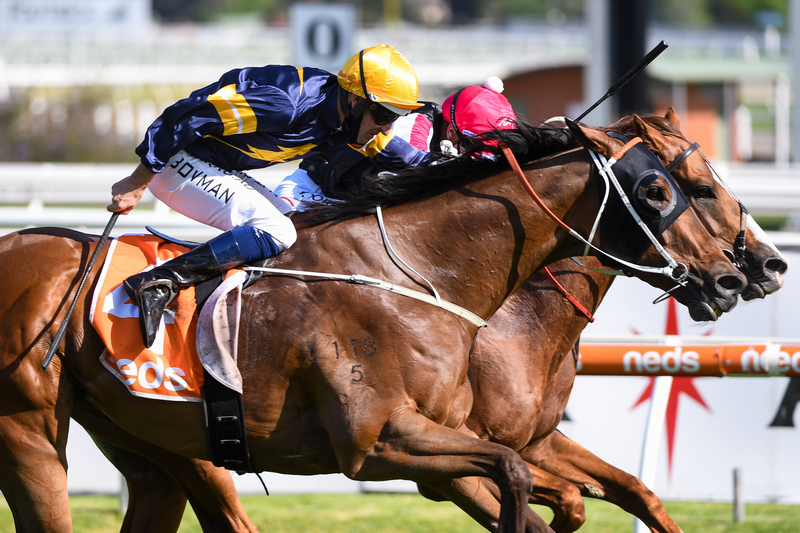 Now the Hawkes family will consider stepping Wild Planet back up to the 1600m trip and possibly tackle the $1.5 million Group 1 Cantala Mile at Flemington on October 31.

But Hawkes said the five-year-old, who was successful at Flemington in May, could also be sent for a break.

“We just wanted to get through this race and you know what we’re like,” Hawkes said.

“We’ll pull the plug and go to the paddock if we have to.

“It’s always wet in the autumn in Sydney. He’s done a really, really good job this time around.”

Bowman said he was suited by the speed up front set by Begood Toya Mother and Morvada.

“I could’ve been a bit more patient and followed Craig (Williamson Morrissy) through but I felt that I was going supremely well and when I had the opportunity to come to the outside, the horse did the rest,” Bowman said.