Wide draw no worries for Sharp Response at Sandown

What Sharp Response may lack in size, he makes up for it with courage. The Julius Sandhu-trained two-year-old won his second race on Wednesday, taking out the $50,000, Ladbrokes Same Race Multi Handicap (1300m) at Sandown.

Sharp Response had to do it the hard way, jumping from the widest barrier in the 15-horse field where he could get no closer to the fence than four wide.

What jockey Beau Mertens was able to do on the son of Maurice (JPN) was keep him balanced. Joining the leaders at the 200m mark, Sharp Response ($8) was too strong for Star Spirit ($11) by a length, with Murrami Express ($10) a neck away third.

Sharp Response scored at Sale on debut before running second to Jigsaw at Caulfield on June 26.

Sandhu praised Mertens for his handling of Sharp Response.

“I said to Beau I didn’t think we would have much chance if we had to go back from that barrier, so I said to him to try and ride him a bit positive, hoping to get some cover,” Sandhu told racing.com.

“It didn’t eventuate that way, but he got him into a nice rhythm and he travelled well. On the bend he looked like he had plenty of horse under him.

“He’s a tough boy this one, he fights and he gives you plenty. He got to the front a bit early, but he fought on.”

Sandhu said Sharp Response does everything at home effortlessly and that he would be guided by the gelding as to whether he presses on for another start.

“He does a lot right at home,” Sandhu said.

“He eats great, he’s a nice, strong horse and he’s quite relaxed in his box, so we’ll see how he pulls up.

“It’s been a big campaign so far, having had three runs as a two-year-old … but he’s sound, he’s well, and if he pulls up sound, he can have one more, [or] if not we’ll tip him out.” 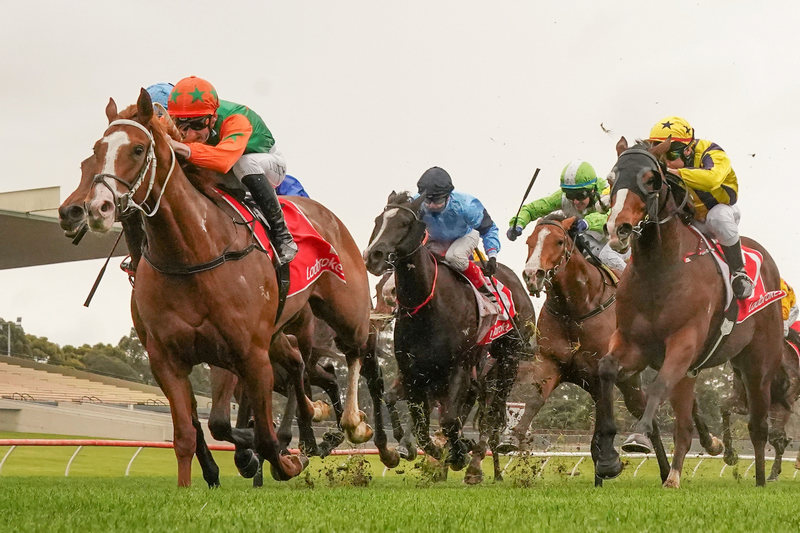