Having already entered highly-progressive three-year-old Ringerdingding prior to Christmas, Weir has signalled his intention to claim the inaugural edition of the world’s richest mile race by nominating another 10 gallopers from his all-conquering stable, who boast a combined 14 wins at Group and Listed level.

They are led by two-time Group 1 winner Brave Smash, whose last run over a mile came in his native Japan. Since arriving on Australian shores, Brave Smash’s longest trip has been 1400m – the distance of his first Group 1 win, in last year’s Futurity Stakes.

In contrast, both Land of Plenty’s victories at Group level have been scored over a mile, including his most recent – and perhaps most impressive – triumph in the Group 1 Toorak Handicap (1600m) at Caulfield last October. 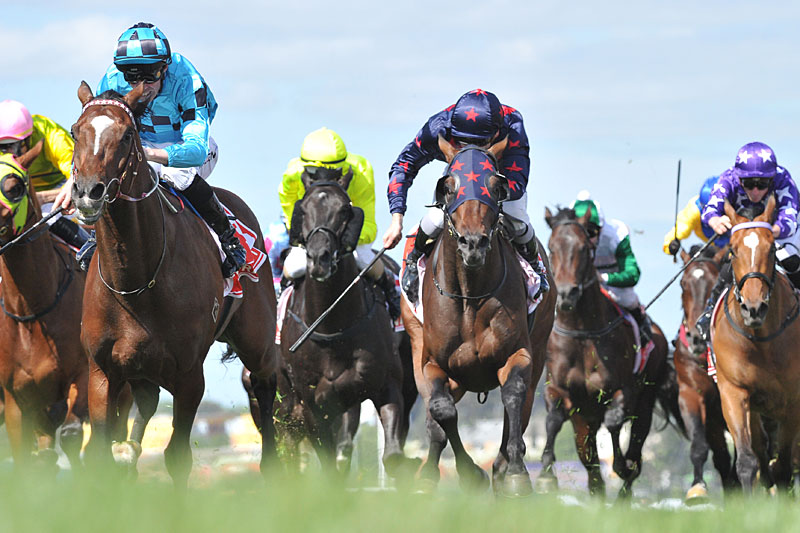 Two more emerging three-year-old stars who also made their mark during the 2018 Spring Racing Carnival, Amphitrite and Extra Brut, have already achieved notable success at Flemington, the host venue for the $5 million The All-Star Mile on Saturday, 16 March.

Flying filly Amphitrite racked up four straight wins last spring, following up her success in the Group 2 Edward Manifold Stakes (1600m) at Flemington with victory in the Group 1 Thousand Guineas (1600m) at Caulfield one week later.

Extra Brut also showed his liking for Flemington, winning the Group 1 Victoria Derby (2500m) before following up with a close third in the Group 1 Mackinnon Stakes (2000m), having previously taken out the Listed UCI Stakes (1800m) at the track.

“It’s difficult to know at this stage, but if you were to put me on the spot right now I’d say that Land of Plenty would probably be my best chance of winning the race,” said Weir.

“He’s won a Group 1 over a mile and ran well in the [Kennedy] mile at Flemington on his last start, so he has the form in the bank.

“Brave Smash will probably run in the C.F. Orr and the Futurity Stakes, which are both over 1400m, so if he hits the line well in those races then there’s no reason why he couldn’t step up to a mile.

“Obviously most of Extra Brut’s runs have come over further, but he’s won a mile race at Caulfield and with blinkers on, we’re confident he could be very competitive at the distance.

“We’d obviously love to have a few runners in the race, but to have one would be great. It’s an exciting new concept, and you want to be involved in these big races. I’m not great on social media, so I’ll be relying on the younger staff in the office to get people voting for our horses!”

Weir has also entered a trio of classy imported gallopers – Fifty Stars (Ireland), Night’s Watch and three-year-old filly Verry Elleegant (both New Zealand) – each of whom has also scored at Group or Listed level.

Nominations for The All-Star Mile will close at 12pm on Tuesday, 15 January, with the public voting – which will decide 10 of the 14 runners in the field – due to open at 9am on Monday, 21 January.

The four wildcard runners for the world’s richest mile race will be announced by Racing Victoria by Monday, 4 March.