RACHEL King was the Queen of Rosehill Gardens on Hobartville Stakes day - bagging four winners. King burst out of the blocks, booting home the first three winners before saving the best ‘til last with a perfect steer aboard popular elect EMANATE. Kiwi three-year-old AEGON kept his unbeaten record intact with a stunning victory in the Hobartville Stakes whilst Chris Waller collected his first Silver Slipper with HOME AFFAIRS.

SHE’S IDEEL – What a return! Was racing out of her grade in the Millie Fox Stakes over an unsuitable journey and when the race developed into a sit/sprint – she was entitled to finish closer to last than first. But you couldn’t miss her late, weaving between runners and savaging the line when third behind SUBPOEANAED. A genuine stayer adept on all ground.

FLAT HEAVEN – This was an unlucky yet eye-catching first run in Oz. Began awkwardly, settled last, was ridden for luck but found all sorts of strife in the straight. Somehow still managed to clock the second quickest final 600m of the race behind brilliant winner Emanate. Want to follow this one closely.

TIGER OF MALAY – A disguised fifth in the Silver Slipper may result in inflated odds next time out. Found some trouble at various stages down the running yet still managed to clock the fastest final 200m at 11.88 secs. I don’t have him in the top echelon of two-year-olds but could well pick up a fringe race over a bit more ground.

VOWMASTER – Whilst it’s never easy to forgive an unplaced odds-on favourite there are enough circumstances here to be generous. A wide gate, a slightly slow getaway, wide run in transit and a heavy track all played their part in this previously undefeated three-year-old failing to produce his best.

EXOTIC RUBY – Beaten six lengths in the Millie Fox Stakes but the run can be overlooked. The five-year-old was racing well out of her grade, endured a three-wide run and pulled-up 2/5 lame. She can improve sharply next start back to a more suitable event.

RACHEL King earned an honourable mention last week for her winning ride on COLETTE but this week she made it an easy decision. Take your pick from her four winning mounts - superb aboard ANDERMATT, dominant on BLUE MISSILE and strong aboard NIMALEE. But for me it had to be EMANATE – they don’t come any closer to perfection than that. 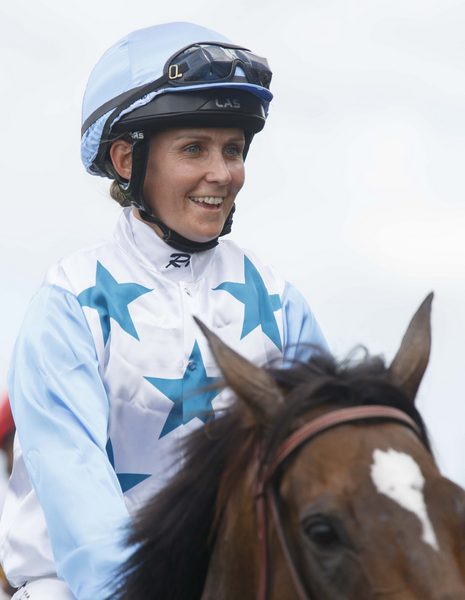 1 - CHRIS Waller collected his first Silver Slipper with HOME AFFAIRS but for jockey James McDonald it was his second win in the race. What was the name of his other winning ride?

2 - HUGH Bowman took out the Hobartville Stakes aboard Aegon and has also won the race on two other occasions in the past 10 years. Can you name those two winners? (Hint…Chris Waller-trained in 2016 and Bart Cummings-trained in 2015)
Answers below.

KATHY O’Hara copped a four day suspension for causing interference aboard ROCKET TIGER in the Silver Slipper. Deemed a low degree of carelessness, O’Hara will be back to ride at Randwick on Chipping Norton Stakes day.

SURPRISE summer sunshine resulted in the track being upgraded from a Heavy 8 to a Soft 6 during the meeting. Most winners were on pace and near the fence although Emanate certainly bucked that trend. The rail was out 6 metres.

SIX Group races among the nine events slated for Randwick next Saturday has punters raring to go. The G1 TAB Chipping Norton Stakes (1600m) and G1 Surround Stakes (1400m) are the highlight races.