Import Skymax (Ger) is still a work in progress but trainer Mark Newnham is confident Saturday's City Tattersalls Club Cup is the right race for the stayer at the right time. Now he just needs Sydney’s unpredictable spring weather to play ball.

The winner of the Australia Day Cup in January, Skymax (Ger) hasn’t featured in two runs from a spell but neither race has been suitable. “The 2000 metres was too short for him [first-up] and then he went in with six weeks between runs the other day. He still raced well on a hot speed and just got tired and knocked up a little bit late,” Newnham explained.

“He’s ready to go after two runs back and third-up at the mile-and-a-half will be much better.”

The negative on Saturday could be the track conditions with Skymax (Ger) managing just one win from five starts on rain-affected ground. Showers are predicted for Sydney over the coming days but as was the case in the lead up to last weekend’s Everest meeting, there is uncertainty over how much rain will fall.

Newnham will be keeping a close eye on the weather and says Skymax (Ger) is unlikely to run if Randwick gets too wet. 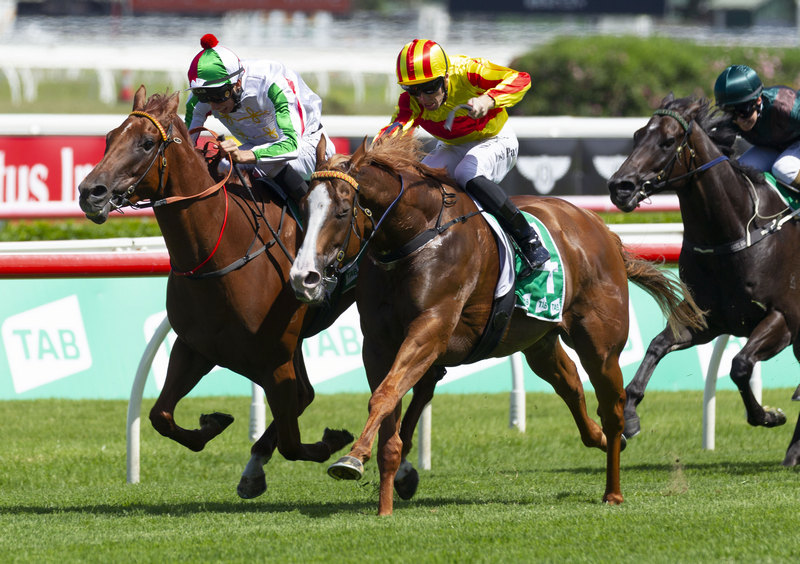 Quackerjack is set to resume on Saturday after undergoing knee surgery, picture sportpix.com.au

The trainer would also prefer a firmer surface for Quackerjack but said he needed to get his campaign underway and would run regardless.  Quackerjack tackles Saturday’s Filante Handicap (1400m) after undergoing knee surgery following his Carrington Stakes placing behind Bandersnatch in January.

The consistent gelding was a narrow second to Mister Sea Wolf in the 2019 The Gong before going on to capture the Villiers Stakes and Newnham confirmed he would follow a similar route this year.

“He’s had a good build-up. He’s coming back off an extended break, he had arthroscopic knee surgery and he’s come back from it well,” Newnham said.

The Filante Handicap will also be the campaign starting point for smart Godolphin gelding Criaderas, who was runner-up to Cuba in the corresponding race last year. The dual Group placegetter hasn’t raced since finishing midfield behind I Am Superman in the Ajax Stakes in March and has two wins from three first-up attempts.