Trainer Archie Alexander is keeping a close watch on the weather maps to decide if Chaillot will take her placed at Caulfield. The smart mare is listed to run in the Group 2 Tristarc Stakes (1400m) on Saturday but will stay home if the predicted rain arrives and pushes the track into the heavy range.

Rain on Wednesday night saw 15mm fall on the Caulfield track, while anywhere between 20mm and 50mm could fall at the course between Thursday and Saturday.

Chaillot was successful first-up at Sandown in Listed grade on September 25 and Alexander had contemplated starting the mare in Wednesday's Group 3 Ladies' Day Vase (1600m) at Caulfield.

"Saturday's race is a Group 2 and the Ladies' Day Vase a Group 3 and … she is already a Group 3 winner, so it made sense," Alexander said.

"She's in really good form, it looks a good race for her, but it's just the weather. What can you do! So, if the track does come up heavy, we might not run."

If Chaillot was forced to miss Saturday's race, Alexander does not see it harming the mare's chances of running in the Group 1 Empire Rose Stakes (1600m) at Flemington on October 30. The daughter of Testa Rossa finished fourth to Shout The Bar in last year's feature for fillies and mares.

"She is that natural, fit, fresh sprinting type, so if we don't run, it's not the end of the world," Alexander said. "And if she doesn't run, we'll can still go straight to the Empire Rose.

"At least if it does rain ahead of Flemington, it will be Day One there, rather than Day Three at Caulfield." 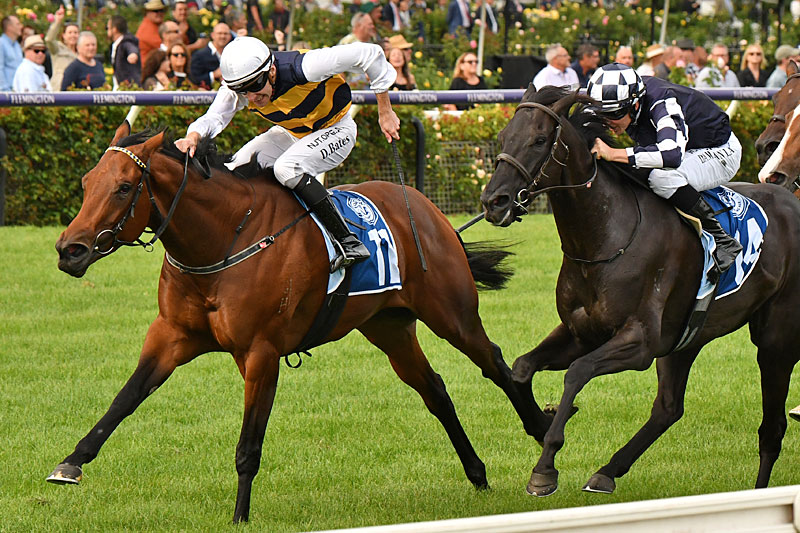