The Gai Waterhouse & Adrian Bott stable have a contingency plan should Entente not make the final Caulfield Cup field. The son of Dundeel is also among the final acceptances for the St Leger Stakes (2600m) at Randwick on Saturday, but as number 24 in the Caulfield Cup Order of Entry is in danger of not making the final cut for the Group 1 race over 2400m on Saturday.

Bott said Entente would be paid up for as a final acceptor for the Caulfield Cup by 3pm on Wednesday and if he makes the final field will be on the float to Melbourne later than evening.

"He's entered and accepted for the St Leger, and if it was nice conditions he would certainly go around as favourite," Bott told RSN. "But we're pretty keen for him to take his place in the Caulfield Cup. He will be amongst the acceptances this afternoon and then on a float down tonight." 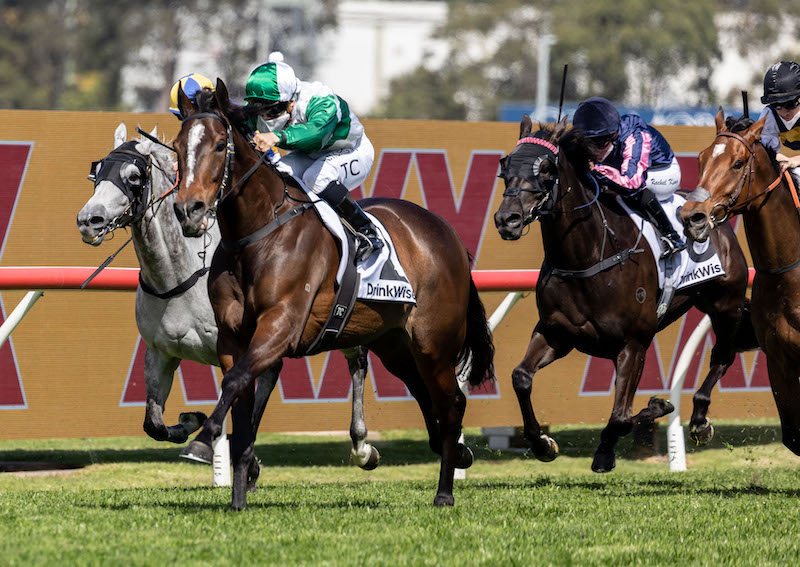 Entente has an entry for the Caulfield Cup and St Leger Stakes on Saturday, picture sportpix.com.au

Entente has 51kg in the Caulfield Cup and will be partnered by Dean Holland. Bott said the weather forecast for rain later in the week would not pose a problem for Entente.

"That was one of the factors in deciding to accept. He is versatile in that sense," Bott said. "He's had a lot of racing, he's very fit and in career best form that we've had him in, and we're trying to capitalise on that.

"His run in The Metropolitan was excellent and when the horse is in that sort of form, why deny them the opportunity in such a big iconic race. We'd be very proud to see him take his place."