When Chris Hyland purchased Witchachar Star, he had dreams of winning the Grand Annual Steeplechase at Warrnambool. Those dreams may one day be realised, however the horseman still collected another feature on Grand Annual Day earlier this month, namely the Warrnambool Cup.

With a jumping career put on hold, Witchachar Star heads to Caulfield on Saturday to run in the Neds Punters Toolbox Handicap (2000m) as a lead-up to another staying race at Flemington, a heat of the Banjo Patterson Series (2500m), on Saturday week.

“With the month between runs he’s done a little bit too well and every time I’ve trialled him, he doesn’t trial well,” Hyland said. “So, I thought I’ll give him a run. There looks to be nice tempo in the race, he can sit back and work home and that will get him back to full fitness and then he can roll into next week at Flemington.

“He’s a strong stayer and I just thought if he went straight to the 2500 metres, he’d be a bit too fresh.”

Importantly for Hyland, Witchachar Star has shown a liking for both soft and firmer footing. 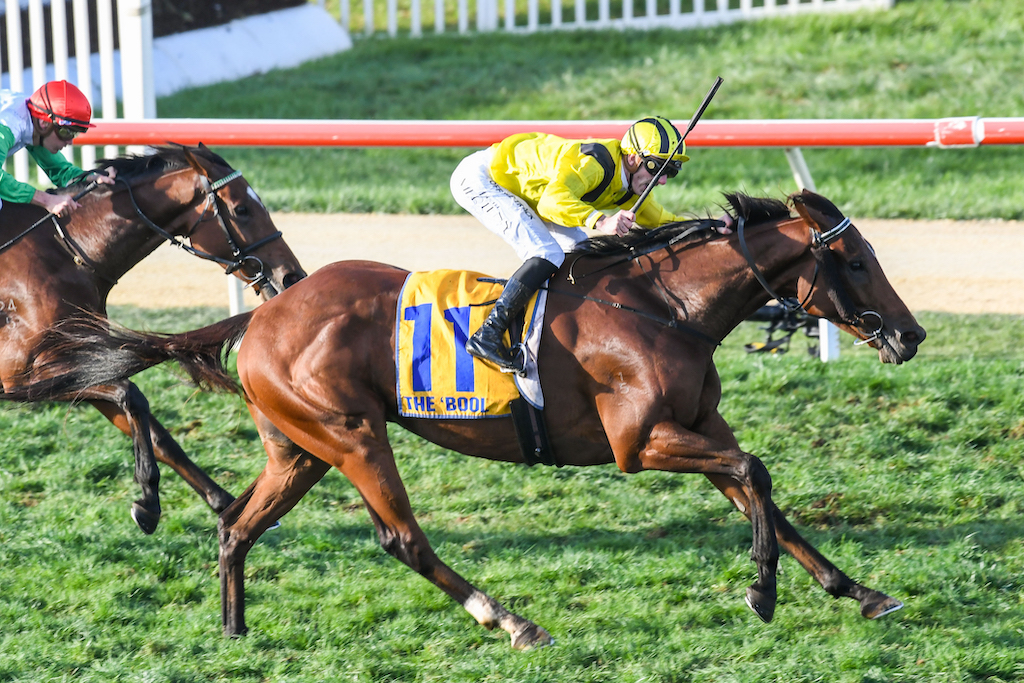 Witchachar Star was a strong winner of the Warrnambool Cup, picture Racing Photos

With the Warrnambool Cup victory under the belt, Witchachar Star has snuck up in the ratings which is starting to cut back on eligible races. Not that Hyland is complaining after his initial thoughts of trying to win a Grand Annual.

“We placed him conservatively to start with,” Hyland said. “They were pretty basic races right up until he won at Stony Creek, and even a restricted race at Sandown was a basic race.

“But he’s got that staying ability.  After a couple of trials to start off this prep, I had to go back and look at why I bought him, but there were a couple of runs where he settled and got home well.

“I think because we went to those basic races at the start that got him in a good rhythm and now you have a strong idea of how to ride him and it’s working for him.”