He has weight of numbers on his side, but champion trainer Chris Waller is realistic about his chances of orchestrating a major upset by claiming a fourth Doomben Cup.

Waller will saddle-up at least three runners — Polly Grey (NZ), Kukeracha (NZ) and Great House (Ire), while Kolding (NZ) will only take his place if the track improves from its heavy rating. But all four face a major hurdle in the form of outstanding galloper Zaaki (GB), who is an odds-on favourite to land back-to-back Doomben Cups having demolished his rivals by seven lengths last year. 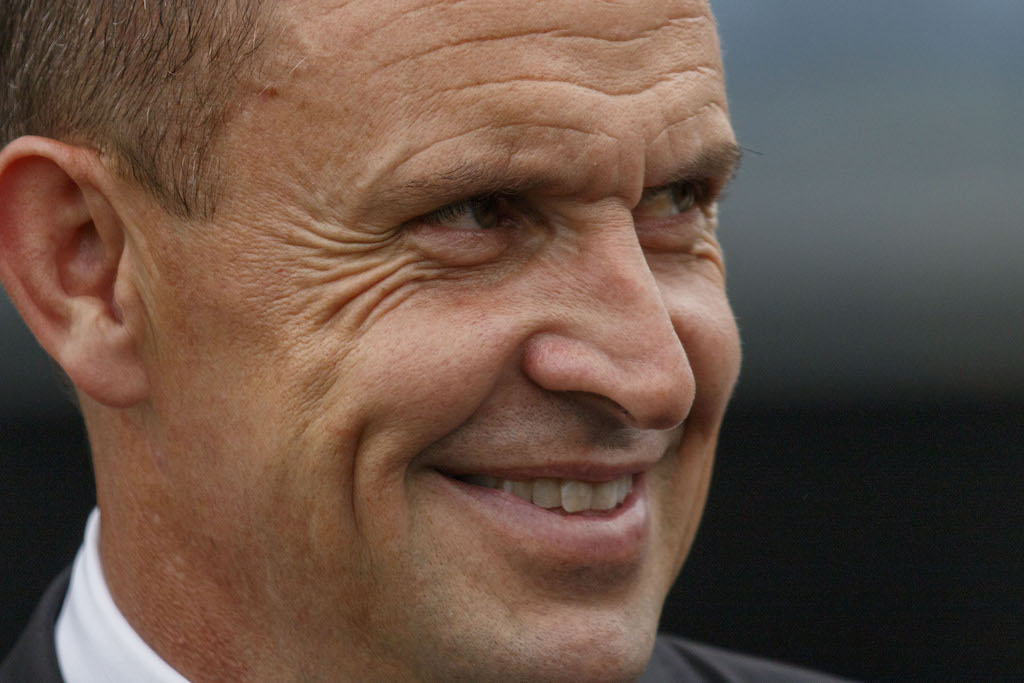 Waller knows it's a tough task for his stable runners to defeat Zaaki (GB), picture sportpix.com.au

Polly Grey (NZ) got to within three-quarters of a length of Zaaki (GB) last start in the Hollindale Stakes (1800m) but Waller expects the Annabel Neasham-trained gelding to rise to another level for the Group 1 assignment.

“It’s going to be a tough race,” Waller said. “I’m not expecting to beat Zaaki, but Polly Grey is racing well, she showed that last start and she is probably in the best form of her career.

“(But) I think he had a bit in reserve last start, he will probably improve with the run and we saw how dominant he was in the race last year.”

Polly Grey (NZ) is an $8 chance and the only one of Zaaki’s nine rivals rated at single-figure odds. She is sure to relish the wet conditions with all 11 of her career wins coming on rain-affected tracks.

Kukeracha (NZ) has also be racing in great heart, following his first-up victory in the Tails Stakes at Doomben with a gritty third behind Zaaki (GB) in the Hollindale. Waller says he has continued to thrive in Brisbane but like Polly Grey (NZ), is probably racing for the minor spoils.

“Kukeracha seems to love Queensland,” Waller said. “He won the Queensland Derby last winter, his two runs up there this autumn have been really good and 2000 metre should be no problem.”

Great House (Ire) will be making his Brisbane debut, the two-time Group 3 winner earning a trip north after just missing in the Gosford Cup at his most recent appearance. Waller anticipates a competitive performance but believes his best winning chance will be at his next start in the Q22 (2200m) at Eagle Farm on Stradbroke Handicap day.

The premier trainer might not fancy his chances this year, but he already has three Doomben Cups to his credit courtesy of Metal Bender (2010), Beaten Up (2013) and Comin’ Through (2018).