He also has representation in Finche, fifth last year, and Toffee Tongue, winner of the Group 1 Australasian Oaks (2000m) at Morphettville in May.

The three contenders filled the placings in the Group 1 Turnbull Stakes (2000m) at Flemington on October 3 which also sees, Dalasan (fourth), Master Of Wine (fifth) and Warning (sixth) in that race also line up on Saturday.

Waller said it was a great honour to have three runners in the race having had those horses set for the race for some time.

“They are completely different horses, but three good horses who have all proven themselves at Group 1 level,” Waller said.

“I am hoping that the Turnbull Stakes form can be franked.” 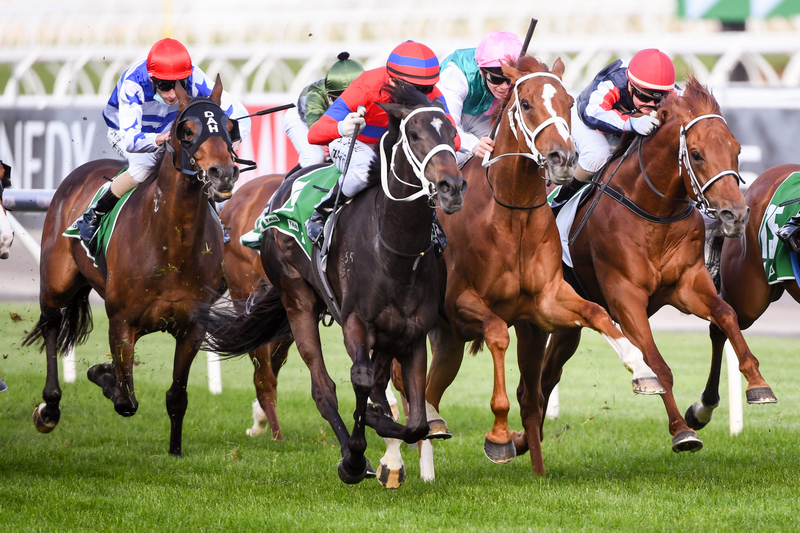 “Mark Zahra got on well with her on that occasion and has done a lot of work on her since,” Waller said.

“I think this is important because she is a tricky horse and in trackwork he has certainly adjusted well to her, and vice versa.

“She has matured into a lovely mare and is coping better than ever with her racing.

“Last year she used to struggle after her runs because she put so much into them, but now as a stronger horse this has improved remarkably.”

Waller said Finche has not had a lot of luck in big races including the Turnbull Stakes at his last start.

In the Caulfield and Melbourne Cups last year, in which he finished fifth and seventh respectively, a slow pace had thwarted his chances.

“I feel that from tomorrow’s draw, we will firstly endeavour to find cover and we might be able to time his run just a little bit better,” Waller said.

“We have followed a similar path with him to last year except I took one race out as I feel that naturally he is a very athletic and clean winded horse.”

Waller said with COVID-19 and the restrictions of what jockeys can ride in Victoria and NSW he is thankful he has been able to secure Zahra, Damian Lane and Michael Dee for his runners.

Dee is a natural lightweight and has ridden a couple of Group 1 winners for the stable previously.

“He had the experience of riding Toffee Tongue last start,” Waller said.

“She has a light weight which is a good thing for a four-year-old mare.

“Her win in the Australasian Oaks certainly franks her ability and seeing her run so well in the Australian Oaks over 2400 metres gives me the confidence that she will stay the distance on Saturday.

“There is obviously some rain forecast, but this won’t affect Verry Elleegant or Toffee Tongue at all because both are equally as effective on wet or good tracks.

“Finche has a long stride and I would be a little bit weary of him if the track got too wet, but on a soft track I would have no concerns.”

Verry Elleegant is the punters elect of the Waller trio and remains the $5 favourite with TAB while Finche is an $11 chance and Toffee Tongue a $14 hope.