On the back of an isolated spike in betting figures for Oaks Day, the Victoria Racing Club is determined to fully utilise its upcoming twilight fixtures this summer.

Oaks Day stood out as the shining day of the Spring Carnival in betting terms despite the weather restricting the crowd to just over 57,000.

Turnover was down on all the feature days at Caulfield and on Cox Plate Day, while the VRC has confirmed the two Saturday meetings - Derby and Stakes Days - were down and Melbourne Cup Day was on par with last year but Oaks Day, with the later time slot for racing, outperformed expectations with a five per cent surge.

That result has offered the VRC plenty of encouragement as it tackles its new twilight venture with some gusto.

There are to be four more Flemington twilight meetings after Oaks Day and the VRC are developing plans to maximise the innovation with even more innovation.

The VRC's executive general manager of racing, Leigh Jordon, said the next twilight meeting at Flemington comes up on a Saturday fixture on December 14, where it is expected the race meeting will run from around 3:30pm to 8pm.

The next twilight fixture will also be on a Saturday on January 18 before the Sunday meeting on February 9 where things will depart a little from the norm.

Jordon said it was planned for the meeting to have seven races all down the famous Flemington straight and he confirmed that the VRC was in consultation with the Victorian Jockeys' Association concerning a possible jockeys challenge on the night which would potentially involve Victorian country riders against their city counterparts.

The final twilight fixture for the season will be run in March on the Wednesday between the club's two feature autumn dates, the Australian Guineas and the Australian Cup.

"The early feedback that we've got was very positive in terms of the format," Wilson said.

"The weather did disrupt aspects of it for things that we had planned for the general admission attendees as well as some other areas in the members spaces.

"The feedback was very positive around the dedicated time for lunch and also using that time for networking, conversations and engagement that doesn't normally happen when there is racing occurring at the same time." 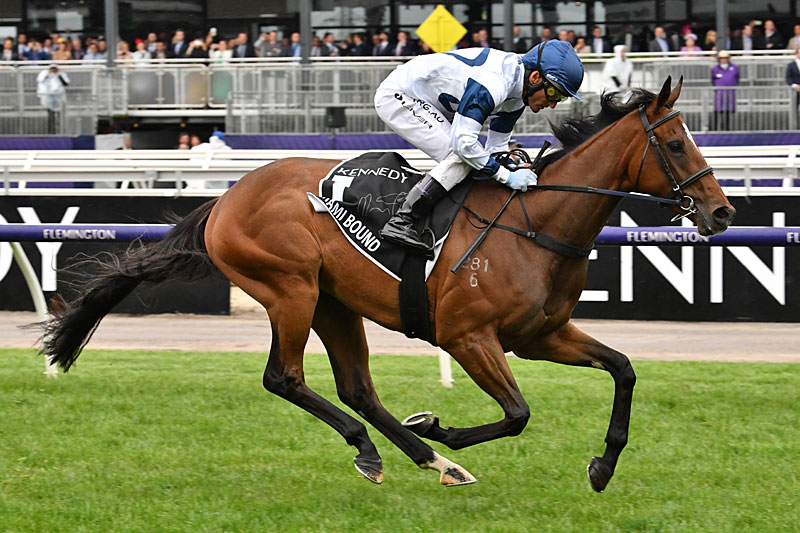