Viridine comes off the bench for Godolphin in Australia Stakes

Godolphin and James Cummings have taken advantage of a small nomination list to give Viridine the opportunity of claiming the $200,000 Group 2 Australia Stakes (1200m) at The Valley on Friday night.

Viridine was not among the original list of five entries for the Group 2 race when they closed on Monday, but with nominations extended until Tuesday morning, Cummings took the opportunity to add the nine-time winner to the entry.

Godolphin had originally entered Isaurian for the race, but when the final field was released on Wednesday only Viridine will represent the stable.

Cummings said the stable was not happy with a scope performed on Isaurian before acceptance time.

Viridine has been successful at Group 2 level previously, winning the Roman Consul Stakes as a three-year-old in 2017 but has been unable to crack it at the highest level.

With Godolphin having a number of Group quality sprinter, Cummings decided to send Viridine to Melbourne to split up the team.

“I decided to run him partly because of the small field and partly to spread the team between Sydney and Melbourne with the Expressway coming up next week,” Cummings said.

“And this is his most winnable opportunity at this track.”

Viridine has been unplaced in both his previous assignments at The Valley, both over the 1000m course, and both times behind the flying Nature Strip.

He finished fourth in the Group 2 McEwen Stakes in September 2018 returning 12 months later to finish last in the Group 1 Moir Stakes.

Of Viridine’s nine wins, six have come in stakes races, his most recent in the Listed Regal Roller Stakes (1200m) at Caulfield last August when he defeated Age Of Chivalry.

Viridine’s most recent racing has been in Sydney and Brisbane with his latest performance being a fourth behind Roheryn in the Listed Falvelon Stakes (1200m) at Eagle Farm on Boxing Day.

TAB opened Viridine at $1.80 on Wednesday, but the sprinter has drifted to $1.85 with some support for the only Group 1 winner in Friday night’s field, Street Of Avalon, firming from $6 into $5.

Tavisan, a previous winner over Friday night’s course and distance, sits on the third line of betting at $6. 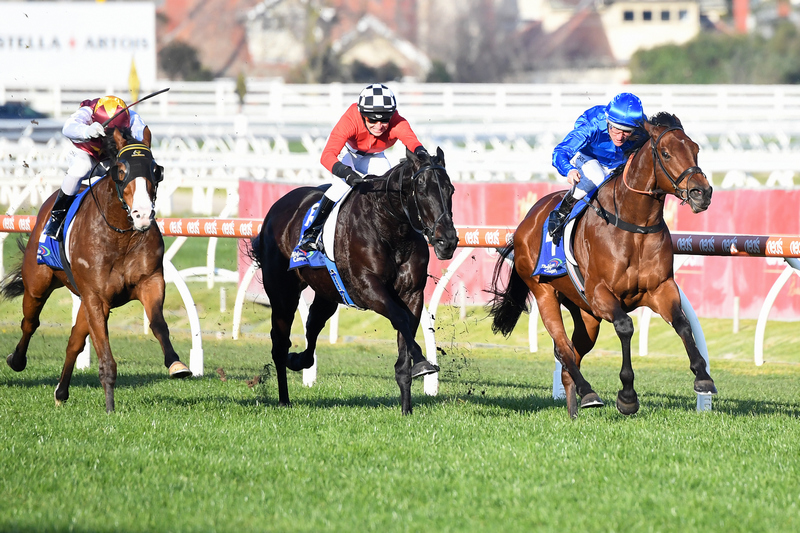