Melbourne Cup winner Verry Elleegant (NZ) will be the star attraction when she makes her first public appearance of the year at the Warwick Farm barrier trials. 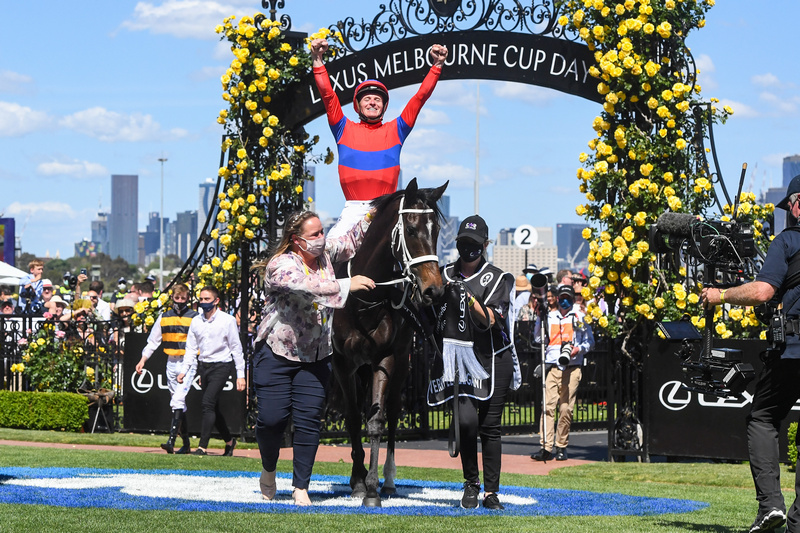 Three days after stablemate and Everest winner Nature Strip returned with a comfortable trial win at Rosehill, Verry Elleegant (NZ) will dust off the cobwebs in preparation for her Queen Elizabeth Stakes campaign. The mare will line up in a quality 800m heat on Thursday which includes Group One-winning barn mates Home Affairs and Hungry Heart, bonny mare Icebath (NZ), Think It Over and John O’Shea’s exciting import Maximal (GB).

The trial session will also feature undefeated colt Sejardan, who has not raced since his barnstorming win in the Golden Gift in November.

Trainer Gary Portelli says the youngster has returned to work a stronger horse and expects him to take plenty of benefit from the 800m hitout, ahead of his resumption in the $2 million Inglis Millennium (1100m) at Randwick on February 5.

“He is still a little bit fat so he will need the gallop tomorrow,” Portelli said. “We’re really happy with him. He is a more powerful horse and just carrying a bit more condition.

“He will have an easy trial, find his legs early and we will just let him work home.”

Sejardan is an early $3 favourite for the Inglis Millennium and shares the second line of Golden Slipper better at $9. He will trial against the Peter and Paul Snowden-trained Ebhaar, an impressive winner of her only start in the Merson Cooper Stakes at Caulfield during the spring.