The winner of more than $9.3 million in prizemoney, Verry Elleegant’s racing season was highlighted by her wins in the Winx Stakes, the Caulfield Cup, Turnbull Stakes, Chipping Norton Stakes and Ranvet Stakes. Verry Elleegant’s connections also received awards for the Champion Middle Distance horse and the Champion Stayer of 2021.

The awards acknowledge performances on Australian racecourses, as well as international performances by Australian-trained horses for the period 1 August 2020 to 31 July 2021.

Each category finalist was eligible for the Australian Racehorse of the Year title, one of two major awards on the night, the other being Racing NSW’s prestigious Bart Cummings Medal, won by premier trainer Chris Waller for the 11th successive year.
In the national awards, brilliant colt Stay Inside was crowned Champion Two-Year-Old while Golden Rose and Caulfield Guineas winner, Ole Kirk was declared Champion Three-Year-Old Colt or Gelding.

Speedster Nature Strip, winner of the Black Caviar Lightning then the TJ Smith Stakes during The Championships at Royal Randwick, beat a fantastic line-up for Champion Sprinter including The Everest winner Classique Legend, Bivouac and Eduardo.
The courage and stamina of tough-as-teak winner of the Grand Annual Steeplechase - Gold Medals - was acknowledged by taking out the Champion Jumper award.

The Sydney Strapper of the Year award went to Clare Heuston, an employee of Chris Waller Racing for 12 years. As well as her hands on strapping role, Clare has the thankless job of cleaning, ironing and sorting of colours for the NSW stable’s 1000-plus runners.

BOBS Horse of the Year is Oscar Zulu who netted $90,000 in BOBS bonuses for his connections with three successive victories at Rosehill Gardens.

Finally, the Caryl Williamson Racing Writers’ Media Personality of the Year award went to top jockey Tommy Berry who enjoyed a career-best season with 111 Sydney winners. The media acknowledged Tommy as a wonderful ambassador for racing, obliging to the media and for his promotion of the sport.

CHAMPION 2YO STAY INSIDE 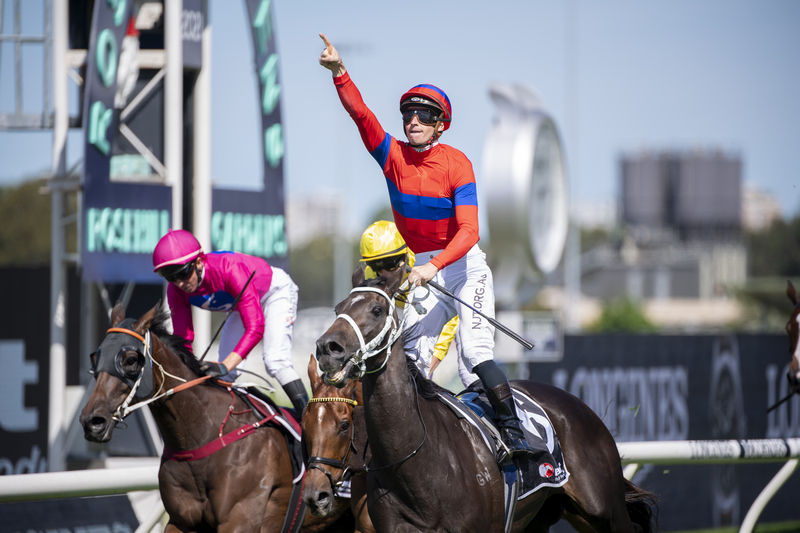