Verbek (NZ) out to close campaign with a win

A small field in the $125,000, E Group Security Handicap (1500m) at Rosehill on Saturday and the chance to land a confidence-boosting win have convinced trainers Robert and Luke Price to give Group 1 Spring Champion Stakes hopeful Verbek (NZ) one more run before tipping him out for a winter break.

The two-year-old has finished runner-up at his past three starts, the latest when placed behind Volcanic Rock in the Listed The Phoenix (1500m) in Brisbane during a hit-and-run trip that the trainers hope can prove the making of the youngster.

"A trip away is so valuable for a horse, especially at that age," Robert Price said.

"The thing about the trip away is you're more one-on-one and they're getting that special attention.

"Notoriously, these late two-year-old races, especially the ones around a mile, always get small fields and the weather was horrible so we thought, bugger it, we'll just give him a couple of nice days in the paddock (after Queensland) and bring him back in."

Verbek will have seven rivals at Rosehill in what will be his final campaign run. Hugh Bowman rides with barrier five and NSW TAB currently have the gelding as the $4.20 favourite.

The two-year-old is by Windsor Park Stud stallion Turn Me Loose out of High Chaparral mare Chapchick whose two wins were on heavily rain-affected tracks, auguring well for him to handle the wet conditions.

Rosehill was rated a Heavy 8 on Friday. The E Group Security Handicap is Race 1 on the nine race programe at 11.40am AEST. 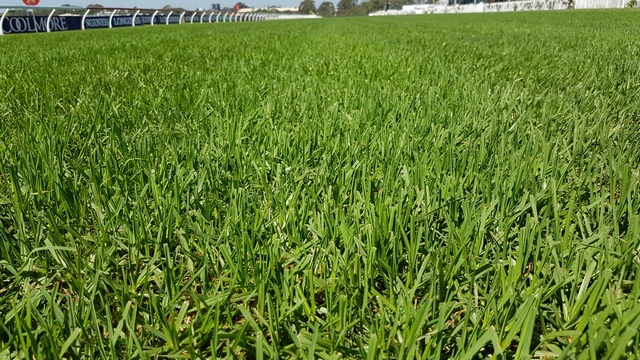