Highclere Australia is deeply saddened to announce that Niall Power, who has been at the helm of the company since its expansion into Australia in 2012, has passed away after a battle with cancer.

Power, who served in a plethora of roles in the thoroughbred industry both in Australia and abroad over the past five decades, died peacefully with his family by his side last weekend.

As a director of Highclere Australia, Power played a pivotal role in overseeing the success of the company down under as horses like Opinion and Libran put the light blue and navy colours on the map.

In recent months, he has also stepped into the role of Highclere’s racing manager as a wide-ranging search was conducted for someone to fill that position. He held high hopes that new acquisition Great House, who races at Randwick this Saturday, could be the horse to take Highclere Australia to the next level.

“Niall has been a personal friend of mine since I started Highclere Australia and also a great friend to Highclere and our shareowners,” Herbert said in a statement to Highclere owners. “He, along with his business partner Tony Fleiter, ensured that Highclere Australia was set up as fully compliant with the stringent rules of syndication there. But he also did so much more.

“He became a director of the company in 2012 and oversaw the financial side of the business and he was also a constant support to racing managers Dane Robinson, Tess Drennan and now Andrew Hawkins. Niall got huge pleasure every time we had a winner and my phone would light up with his post-race comments and the general chat that followed. We spoke often and in recent months he took complete control of the business as we searched for a replacement for Tess.

“He was so excited when Andrew appeared on the scene and, despite being confined to hospital over the past few weeks, he tirelessly acted to ensure that all shareowners were kept informed as well as tutoring Andrew into his new role.

“Niall’s charm and gentle manner touched everyone who met him and we will all miss him hugely. He had great ambitions for Highclere Australia and I know with Andrew now at the helm we will do everything we can to ensure that those ambitions are realised.” 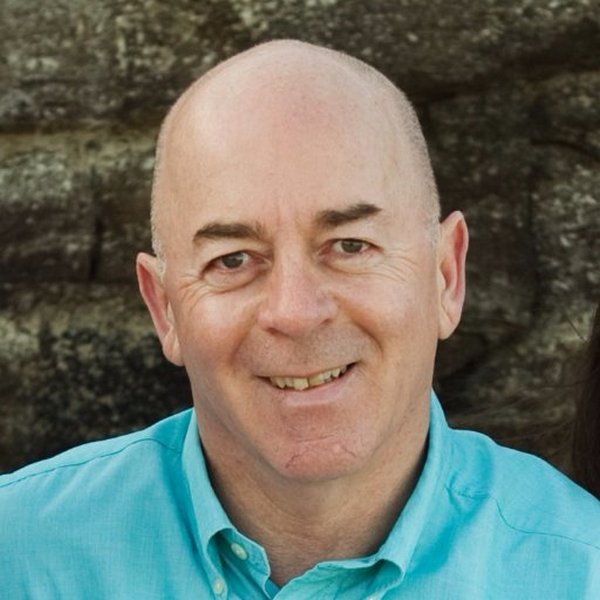 Andrew Hawkins joined the Highclere Australia team as its new racing manager earlier this year. In recent weeks, Power and Hawkins have worked closely together, with Hawkins hoping to build on Power’s legacy.

“I have come to know Niall over the last few months and, even if it was only brief, he inspired me greatly,“ Hawkins said. “Few people have made such an impact on me both professionally and personally and it is a measure of the man just how well respected he was by all who encountered him. I am determined that Highclere Australia should develop into the entity that Niall knew it could be.

“Last week, we spent hours planning the next steps for Highclere. He was so excited for the future and I couldn’t have asked for a better mentor. He was so generous and so passionate, a truly amazing man. I hope that I can live up to the trust and the belief that he had in me.

“Even from his hospital bed, he was getting owners together for our Deep Field yearling colt with Bjorn Baker. His enthusiasm was palpable. He was a tremendous fan of Deep Field and knew that a Group 1 winner was imminent for him. Sadly, it would come on the day that he would slip away.

“He couldn’t wait to see Great House this weekend and I’m sure he will be willing him on. Even in his final days, he was dreaming about whether the horse could make it to a Melbourne Cup or a Cox Plate. Dreams are free and, even as he became sicker, he indulged.

“No matter how Great House performs on Saturday beyond, I think there will be a few tears at Randwick this weekend from all of the owners, from all those who knew him and from me too.”

“It’s a sad day to think we won’t see Niall’s smiling face at the races, read his upbeat and lighthearted progress reports, or enjoy a celebratory winning drink with him again,” Robinson said. “Niall loved his association with his ‘Highclere family’ and there were few who held the passion he did for the horses who donned the famous two-tone blue.

“The memories we have of chasing the likes Libran, Opinion and others up and down the Eastern seaboard with owners will be cherished for a lifetime and beyond. He became a dear friend to us all.

“For me, Niall will be remembered for all the right reasons of being a good, honest man who was always available for advice and generous of his time. A gift he had in short supply following his diagnosis.

“It seems only fateful that he got to see Great House come to Australia and perform before his passing in that he is a horse with a similar resume to Niall himself. The Irish Catholic expat and former Coolmore employee will be flying the flag for Highclere in the coming years. And following our last catch-up in hospital a fortnight ago, you couldn’t hide the excitement Niall had for Highclere and the team of owners in Great House, despite his own condition. Always positive, generous and thinking ahead.

“We’ve all been fortunate to have shared a part of Niall’s life with horses, an area he could spend hours conversing over. I will certainly miss those conversations, the long lunches and good times shared with Niall during my time working closely with him, and I am sure this is reflected amongst not only the Highclere owners, but all of those who were fortunate enough to know him.”

Power, a native of Dunmore East in County Waterford, Ireland, was able to ride before he could walk and began his career in the thoroughbred industry at that hallowed nursery of champions – both equine and human - Coolmore Stud.

He worked at the famed Tipperary farm for a decade, rising to the position of manager, before a seachange saw he and his wife Imelda, along with one-year-old son Rob, head to Australia, where he had once visited on a working holiday as a 19-year-old.

Appointed as stud manager to Brian Agnew’s Wakefield Stud in 1987, Power’s time at the farm saw him oversee the foaling of one of the legends of the turf, Subzero, as well as champion filly Angst and another South Australian Derby winner in Bullwinkle.

Having returned to Ireland in 1992 with Imelda and Rob, as well as daughter Lisa, the family once again called Australia home from 1997 – this time for good.

Power was also the first to introduce online bidding to leading auction houses worldwide, ushering in a new era which has become commonplace now with platforms like Inglis Digital. In so many ways, he was ahead of his time.

In recent years, Power has served as a director of the Tony Fleiter-led Sire Custodians, a provider of syndicate management and consultancy services to the Australian thoroughbred industry.

As a tribute, Great House – who contests Saturday’s Benchmark 88 over 2000 metres at Randwick – will sport a black armband in honour of Niall.

Niall is survived by his wife Imelda, his children Rob and Lisa, and many, many friends right across the world.