Unflinching has maintained his perfect record with a stylish first-up victory at The Valley on Saturday in the $130,000, Dominant.com.au Bm70 Handicap (1000m) after starting his career with victories at Mornington and The Valley last spring.

Under the guidance of Damien Thornton, Unflinching  ($2.45) raced to a 2-¾ length victory from the $2 favourite Duchy Of Savoy with The Superintendent ($17), running on from the tail, a further 1-¼ lengths away third.

Trainers Anthony and Sam Freedman  may now look to a stakes race for the son of I Am Invincible after the colt made the progression from maiden grade to midweek company before his victory on Saturday. 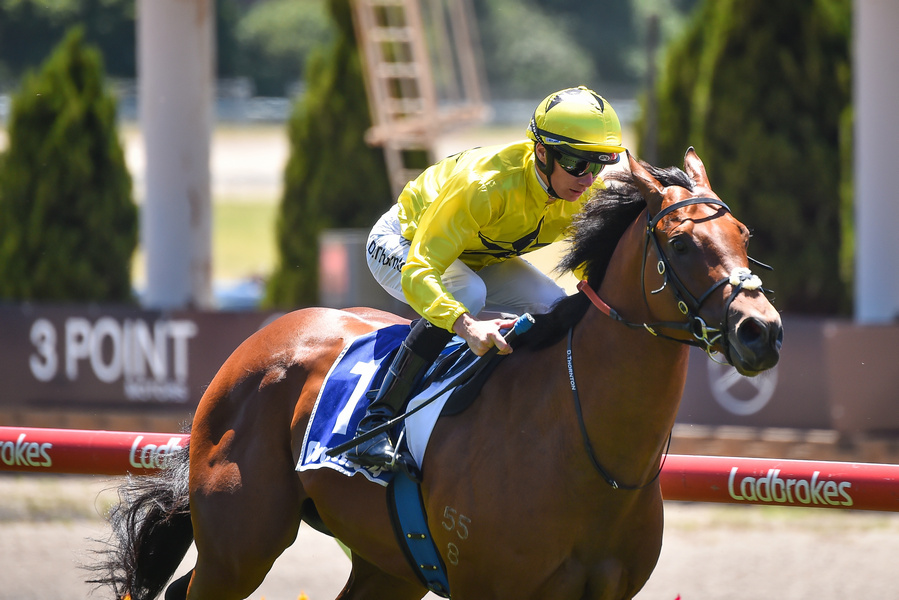 "It was nice to see him get a half-length on them and drop the bit and then canter up to them on the turn and put the other horse away," O'Meachir said.

"He was certainly up to the mark for today but not screwed down so there should be a nice bit of improvement there and he ran right through the line, so maybe he'll get six furlongs in time."

While nothing definitive has been programmed for Unflinched, O'Meachir said there was an abundance of options for the colt.

Thornton, who has been aboard Unflinched in all three starts, said the colt had made improvement from his first campaign to his current one.

"The break has done him the world of good," Thornton said.

"He was more relaxed today, previously he'd wanted to do a bit too much, but today he was well within himself, relaxed and showed a good turn of foot which will help him going forward in better races."