Although looking at the Saturday card it will not be easy to add to those gains and in my view it is anything but the best day of the meeting – or anywhere near it. Sadly to see the crowds will NOT be in attendance Saturday as we all hoped but whether I like it or not, racing is a sport and an entertainment and when lives are potentially at risk, who can blame the government for clamping down when necessary assuming they are taking the very best advice as normal.

On the bright side, we are still racing (and that could have been put at risk were a crowd to spark a new outbreak), so I am grateful for small mercies while hoping this all blows over sooner rather than later, and we can get back to the new normal, whatever that may be.

Not the sort of race I would normally take much of an interest in, but I was so impressed by Rewaayat when the Charlie Hills five-year-old bolted up at Salisbury that I have to stay with him. Although that was his eleventh start it represented dramatic improvement in my view hence the rise in the weights of a huge twelve pounds, yet his seven and a half-length winning margin was so inspiring I am hoping he can simply shrug that off. This is a big step up in class meaning he is an each way option and nothing more, but on the assumption they have now unlocked his full potential, Jim Crowley could have yet another decent sprinter on his hands this afternoon.

Just the four runners for a Group Two moves us in to embarrassing territory once again and I cannot for the life of me understand why owners are shunning these events with the black type that comes with success and adds so much to their paddock value. It could get tactical which is the unknown quantity here but in receipt of weight form her elders I have to side with Cabaletta. Roger Varian deserves a change of luck after the loss of Defoe earlier in the week and although she has a bit to find, she has only had the four starts and could surprise them all. A length success over Frankly Darling first time out now looks spectacular form, and a win last time out at Newbury pretty much proves she has trained on at three, and I am rather hoping that Ryan Moore tries to make all on Snow which will set the race up for my suggestion to grab the leaders late on.

Form versus promise versus rumours once again as you expect in these high class maidens and a contest well worth recording as I suspect there will be a few future winners in among the also rans. Both Forever Forward and Longlai looked sure to learn from their debut seconds at Sandown and Doncaster respectively and may well have a say in the finish as will the well regarded Frankel newcomer Tasfeeq, who may end up the best of these in the long run, but is expected to come on for the run. Golden Flame brings the best for to the table (in my view) after a debut second at Haydock was followed by an acceptable if not earth shattering fourth to Battleground at Royal Ascot in the Chesham Stakes. A son of Golden Horn he looked ill at ease on the softer ground that day but will hopefully get far more suitable conditions here, and with the winner franking the form with a win in the Vintage Stakes here on Tuesday and the runner-up scoring next time out ay Ayr (albeit very narrowly), I am pretty hopeful he can take this race before stepping back up in to better company.

So few each-way options this weekend and just the seven runners here to deal with making life ever more tricky for us punters. Expressionism looks one to be wary of but hasn’t been seen since October last year when a length fourth at Lingfield and fitness may be her undoing this afternoon. Cosmic Princess is a horse on the up and up but steps up in trip on the back of a class five win at Newbury and looks to be flying a touch too high, leading me to Katara from the Sir Michael Stoute stable. She only got off the mark at the third time of asking when stepped up to eleven furlongs at Kempton and coming home five lengths clear with plenty left in the tank. She is another who has to do more than we have seen so far but if Sir Michael thinks she is good enough, then who am I to argue.

Just the four runners over the mile and three-quarters but a real mixed bunch with the only bang in-form option rated twelve pounds lower than her nearest rival, and a full twenty pounds less than the likeliest winners. Dubious Affair is looking for her fifth win on the bounce now and deserves a chance in this better company but whether she can beat Moonlight Spirit is open to some debate. His Longchamp races in 2019 see him take this pulling a cart, but he has since finished last of eight in the Gold Cup and last of five at York in the Silver Cup. First time blinkers are added by trainer Charlie Appleby and they may help him considerably but how can I tip a favourite who has come home a distant last two races in a row - the answer is I can’t, and I would have a small bet on the outsider instead who may not have as much to find as the ratings suggest.

Bored of reading and after a second opinion – the Post Racing Podcast is back after a week’s holiday (for Ron not me!) and is free to listen to here https://postracing.co.uk/2020/07/31/the-smashy-and-nicey-of-horse-racing-discuss-events-good-and-bad-in-our-sport/ - enjoy. 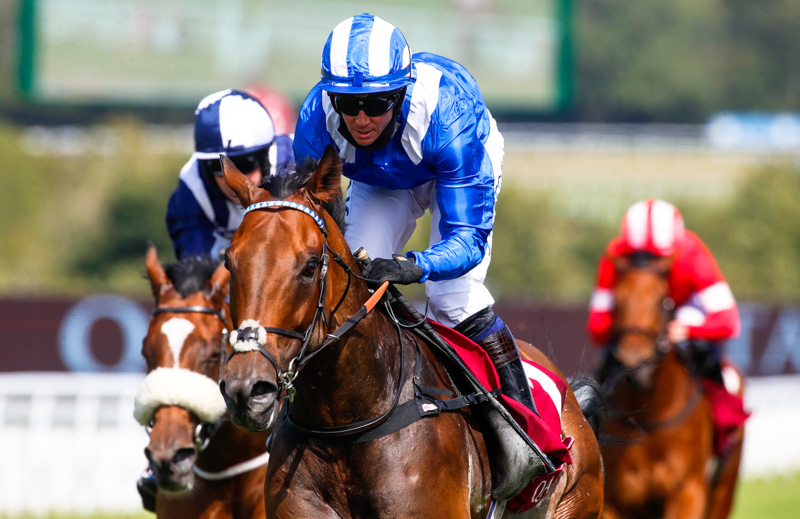