Aidan O'Brien has sprinkled some spice on Saturday's Dubai Duty Free Irish Derby by supplementing Oaks winner Tuesday, who will bid to become the first filly to win the Curragh Classic since Balanchine 28 years ago.

Tuesday was the standout name among the 16 remaining possibles for the Irish Derby at the five-day stage and she is set for a sumptuous showdown with Cazoo Derby third Westover who will be ridden by Irish champion jockey Colin Keane for the first time, replacing Rob Hornby.

Since Balanchine beat King’s Theatre in 1994, four fillies have run in the Irish Derby this century. Qualify, who like Tuesday won the Oaks on her previous start, was sixth to Jack Hobbs in 2015, while New York Girl was seventh in 2020.

O'Brien told the Racing Post: "We have supplemented Tuesday and the plan is to run with Ryan [Moore] to ride her.

"She seems to have come out of Epsom well, obviously we haven't done too much since the Oaks, but anything she has done she has done well."

Tuesday edged out Emily Upjohn by a short head in a thrilling Cazoo Oaks 22 days ago and the form of that Classic has already been boosted as Nashwa, who finished third, won the Prix de Diane at Chantilly last Sunday.

That Oaks success by Tuesday was on the same day as her third birthday and the Irish Derby will be her fourth Classic appearance of the season as she was third in the Qipco 1,000 Guineas and second in the Irish equivalent before going on to Oaks glory.

When asked why he has decided to supplement Tuesday rather than rely on his colts, O'Brien replied: "She just came out of the Oaks very well and she has kept progressing with every week that passes since the start of the year.

"I have said all along she is only going to get better with time given her age but it is one thing saying it, it is another thing doing it on the track. She has done it. Physically every week she has just got stronger and everybody involved with her has been very happy."

O'Brien has yet to finalise the rest of his Derby team but suggested Stone Age will miss the Curragh in favour of a crack at the Coral-Eclipse at Sandown next month.

The trainer said: "I'm not sure yet who will join Tuesday in the race. We have left in Changingoftheguard and Stone Age. But the plan at the moment is for Stone Age to go to the Eclipse.

"Stone Age is a good strong traveller and there is a chance he is much happier at a mile and a quarter."

Although Changingoftheguard only won the King Edward VII Stakes at Royal Ascot last Friday, O'Brien said it is not beyond the bounds of possibility he will be asked to turn out again eight days later to contest the Curragh Classic. 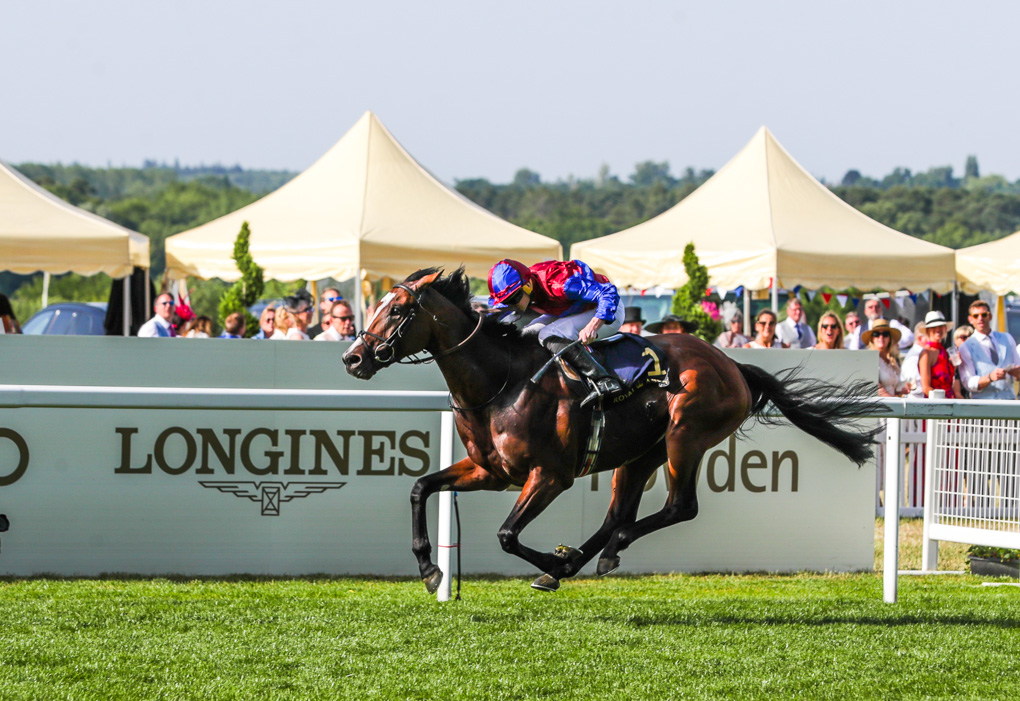 O'Brien said: "Changingoftheguard is an incredibly tough horse. He loves racing and he seems well after Ascot. He only ran last week so it will be a day-by-day thing with him but, at the moment, he seems very well."

O'Brien has won the Irish Derby 14 times, most recently with Santiago in 2020, but never with a filly. As well as Tuesday, Changingoftheguard and Stone Age, O'Brien could run Anchorage and Temple Of Artemis.

Since O'Brien revealed Tuesday would be supplemented, the daughter of Galileo has been all the rage with Paddy Power and is now 7-4 second favourite having been initially introduced into the market at 3-1. Westover is clinging onto favouritism at 6-4.

Paddy Power's Paul Binfield said: "It has all been about Tuesday on Tuesday. She is the one punters want and they obviously feel she has a much better chance than Qualify who tried to do the Oaks-Irish Derby double in 2015. There is every chance she could go off favourite on the day."

Joseph O'Brien is never afraid to shoot for the stars and in 2020 he let New York Girl dive into the deep end alongside the colts after finishing fourth in the Irish 1,000 Guineas a fortnight earlier. It was a first try at the trip for the 20-1 shot who was always out the back under Declan McDonogh but did keep on strongly inside the final furlong to finish seventh of 14 behind Santiago, beaten 12 and a half lengths.

Sent off at 8-1 under Colm O'Donoghue after winning the Epsom Oaks at 50-1, Qualify was no match for Jack Hobbs at the Curragh and finished sixth of eight with only 150-1 outsider Carbon Dating and Radanpour behind. She was a very experienced filly and the Irish Classic was the 11th and final outing of her career.

When Desert King gave Aidan O'Brien his first Irish Derby in 1997 there were actually two fillies in behind. Stablemate Strawberry Roan, who had finished second to Classic Park in the Irish 1,000 Guineas, was eighth under Frankie Dettori at 5-1, while Token Gesture, a 16-1 shot for Mick Kinane and Dermot Weld, trailed home the ten runners.

King's Theatre, runner-up to Erhaarb in the Derby at Epsom, was even-money favourite to go one better at the Curragh but could not get to grips with Balanchine. The Oaks heroine was 5-1 under Frankie Dettori and kicked for home early in the home straight on the way to a decisive success over King's Theatre.

The Prix Marcel Boussac winner at two, Salsabil won the Fred Darling, the 1,000 Guineas and the Oaks before been given a crack at the colts in the Irish Derby in 1990. Quest For Fame was the 5-4 favourite but Salsabil continued her cracking Classic campaign with a gutsy win under Willie Carson to give John Dunlop his second win in the race, 12 years after his first with Shirley Heights.