A favourable weather forecast is predicted to help the chances of Miami Bound (NZ) in her bid for a second Moonee Valley Gold Cup.

The Danny O’Brien-trained mare won the Group 2 race over 2500m on a soft track last year and rain is forecast again at The Valley this weekend. Just when the rain arrives, and how much falls, will determine the hopes of Miami Bound (NZ) who scored a 2-½ length win last year as a $26 chance. 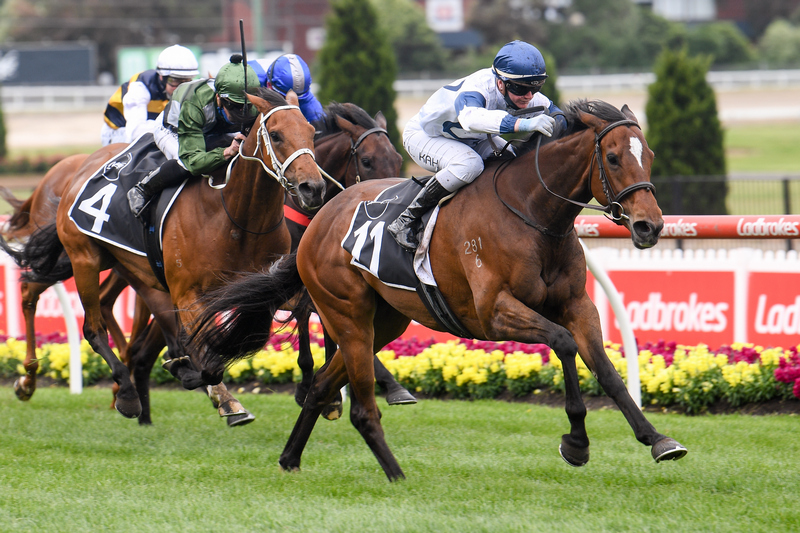 Marty Synan, the track manager at The Valley, said rain is expected to start falling around 6pm on Friday evening with five to 15mm expected during the Manikato Stakes meeting. “That rain will be mostly overnight, and leading into the Cox Plate the forecasters have told me that we could get some showers in the morning, but not much rain expected during the day,” Synan said.

Punters expect favourable conditions with Miami Bound (NZ) firming from $26 into $18 with TAB.

Miami Bound (NZ) has not been successful since last year’s victory and then went on to contest the Group 1 Melbourne Cup (3200m) at Flemington 10 days later, finishing 14th behind Twilight Payment (Ire).

The mare enters Saturday’s race with form credentials similar to what she brought into last year’s contest at The Valley. Miami Bound (NZ) has had three runs this campaign, starting off finishing 12th in the Heatherlie Stakes (1700m) at Caulfield in August, then running last in the MRC Foundation Cup (2000m) on September 18.

At her last start, Miami Bound finished ninth to Grand Promenade (GB) in the Group 3 The Bart Cummings (2500m) at Flemington on October 2. “We’re happy with her, but I thought she was just even in The Bart Cummings,” O’Brien said.

“We’re going into the race with no better form than last year, and she turned up and won easily. The big thing for her will be if we get rain. If we get significant rain, she becomes a live chance.”