Toughness required as Dancing Fighter shoots for a hat-trick

Dancing Fighter returns to action at Happy Valley on Wednesday night with top-weight, a wide draw and a three-month absence to overcome if he is to complete a hat-trick of wins.

The smart bay has not finished outside the top two in his six career starts and while jockey Joao Moreira is confident his mount has more improvement within, trainer Caspar Fownes is taking a wary view of the circumstances his four-year-old finds himself in for the Class 3 Kong Sin Wan Handicap (1200m).

“If he’d drawn a nice gate I’d have been quite confident because he seems to be going to the next level but 133 pounds and gate nine, fresh up from a break, it could be tough,” Fownes acknowledged.

“We never seem to have much luck with the draw with this horse – every time, he draws a wide gate so it makes it hard. Now he’s at the top of the weights and it’s going to be even harder.”

Moreira, though, takes heart from Dancing Fighter’s barrier trial on 7 March, in which the 77-rated Zoustar gelding travelled sweetly outside the leader and cruised home in front under a hold.

“I was extremely happy with the trial and I think he’s ready to go to the races. It’s a strong race, so obviously we have to respect some of the other horses but at the same time, I’ve got to go into the race with confidence,” the Brazilian said.

“I don't think he’s 100 percent fit but that doesn't mean I don't think he can win, because he’s not even close to what he’s going to get up to in the ratings. I do think he’s a good horse and he’s up-and-coming.” 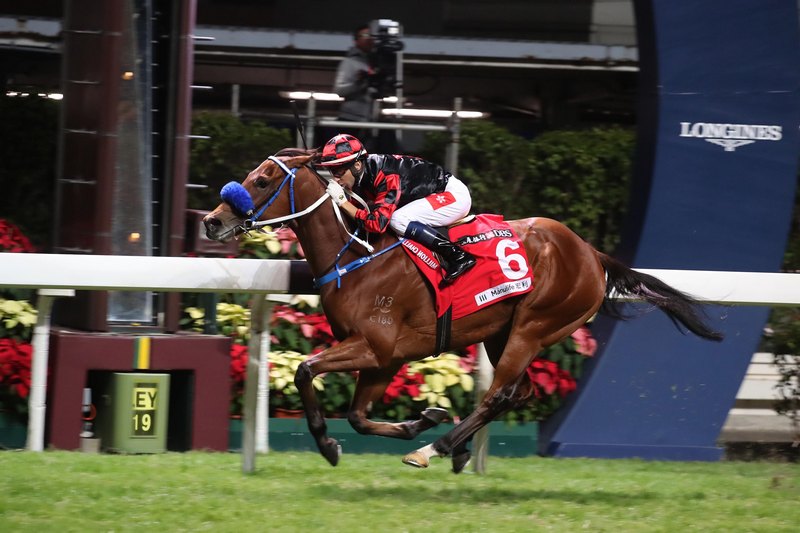 Dancing Fighter, who runs in the colours of celebrity Aaron Kwok, took things very easily from mid-December, including a spell at Conghua, through to his return to full training at Sha Tin in early February.

“He’s always had little issues here and there, so we’ve just been looking after him and he’s done his job – six starts, three wins, three seconds. We’ve just given him some time like he’s a nice horse and I felt he was ready to go to the races again,” Fownes said.

“He’s getting there, he’s really well, he’s in good form and I’m sure he’ll run well – it just depends what sort of run he gets from the gate.”

Moreira and Fownes will also team up in the finale, the other section of the Class 3 Kong Sin Wan Handicap (1200m), with the progressive Green Reign.

“He’s good he’s got a good draw (3) – he’ll get his chance from gate three. He seems to be improving and he’s been very consistent without winning so hopefully he gets his chance this time,” Fownes said.

Last time out, Moreira was forced to settle the Lope De Vega four-year-old at the tail of the field from gate 12 and ran on smartly to finish three quarters of a length second to This Is Class.

“I had to drag him back, so the good gate this time will give us options to be more forward if we want,” the rider said.

“He’s a very nice horse and it won't be long before his wins his race – it might be this time. It looks like he’s there, ready to win.”

Fownes, who has six runners on the night, is hoping for better fortune than last time when Naboo Star steps out in the evening’s penultimate contest, the Class 3 Po Chong Wan Handicap (1650m).

Derby-winning rider Vincent Ho was stuck behind horses two weeks ago, as Naboo Star passed the post a close fifth over 1800m with unused petrol in the tank.

“Last time was a bit of a nightmare because I thought he was the best horse in the race,” Fownes said.

“When mine are the best in the race I don’t like to ride for luck – they’re entitled to come out and I don't mind them losing a length here and there because I feel they can pick it up when they’re clear.

“It was unfortunate because he should have got the job done and we’ve had no option but to drop him back in trip, which is not ideal.”

Ho will be in the plate again, attempting to take his record on the Hong Kong International Sale graduate to three wins from five attempts.

Shinn described his near-miss on the 289/1 shot as “bittersweet” but he is hoping for nothing but the sweet taste of victory with Green Dispatch in Wednesday’s Class 4 Tin Wan Handicap (1650m).

The Australian gained his first Hong Kong win with a front-running display on Green Dispatch back in September and was then third on the Danny Shum-trained grey at his only subsequent start on 4 March.

“I thought his run a couple of weeks ago was very good, I felt he was a bit luckless not to win,” Shinn said of the eight-year-old. “Our plan was to go forward but he didn't step the best and couldn’t muster speed so I had to ride him quietly and I just didn’t get the luck at the right time. The winner Tangmere beat me to the run that I would have ideally liked to have got at the top of the straight.

“With a bit more luck tomorrow night he might go close. I think he’s better off rolling in front but that last start gave me the confidence that if it doesn’t work out I can ride him back and he’s still got the ability to win.”

And of his accomplished ride to second in the Derby, he said: “We got so close to winning one of the most prestigious races in the world. Did I think I was going to do that before the race? Not really, but I always go in hoping I’m going to win the race.

“But I’m proud to have run second in the race and I’m very proud of my horse’s effort and hopefully I’ll get my chance one day to get my name up in lights in the race.” 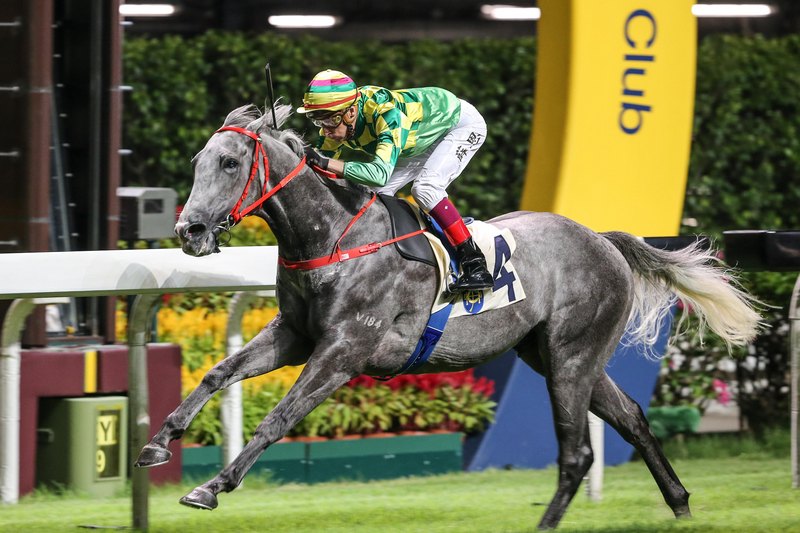