The barrier draw has not been kind for the Ciaron Maher and David Eustace stable as they chase success in the final Group 1 race of the season.

The co-trainers have Snapdancer and Away Game engaged in the Tatt’s Tiara (1400m) at Eagle Farm on Saturday as they look to stretch their Group 1 tally to seven for the 2021-22 season. But the draw did not go to plan with Away Game (17) and Snapdancer (21) drawing badly in the final field of 16 and five emergencies.

However, Eustace could not be happier with how the two mares have progressed towards the race. Snapdancer enters Saturday’s race a last start winner of the Group 1 Sangster Stakes (1200m) at Morphettville, while Away Game was an unlucky tenth in the Group 1 Kingsford Smith Cup (1300m) at Eagle Farm after drawing poorly on May 28.

Eustace said Snapdancer loves the travel having raced in four states during 2021-22.

“Her record in Queensland is good and she’s shown this preparation that she likes travelling which she did with the Group 1 win in the Sangster,” Eustace said. “Luckily we were able to fly her up to Queensland after the Sangster and she has settled in great.” 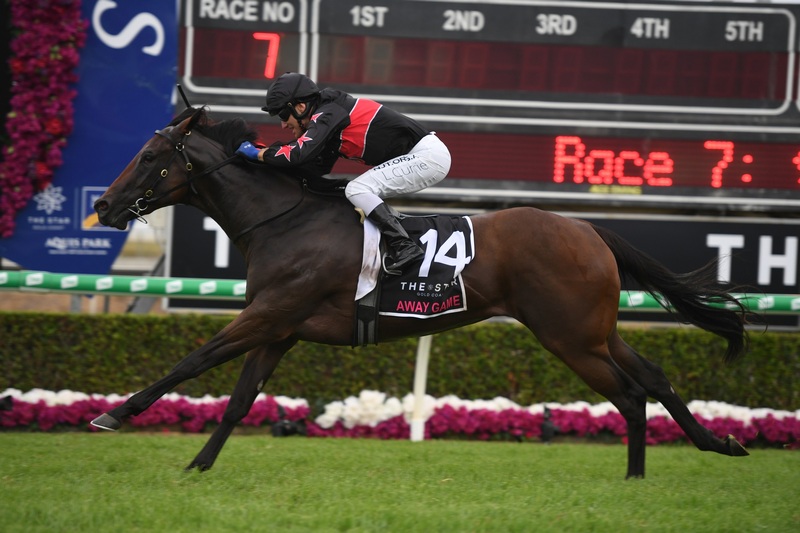 Away Game races for new owners on Saturday, picture sportpix.com.au

Away Game, on the otherhand, has remained in Brisbane since her last start. She was sent to Brisbane after running second to her stablemate in the Sangster Stakes in Adelaide and went through the Magic Millions National Broodmare Sale.

“We thought she ran pretty well after what she had to endure at the Sale,” Eustace said. “She went back from the wide gate, was ridden for luck but she got a little keen in the run. Hopefully we can have a bit of luck for her new owners and get her a Group 1 win.”

The Mick Price and Michael Kent Jnr-trained Annavisto is the $4.50 favourite for the Tatt’s Tiara after drawing barrier 11. Snapdancer is second pick at $6 ahead of Away Game ($8) with local filly Startantes ($9) on the next line after drawing perfectly in barrier seven.