Declan Maher has likened the Grand National Hurdle at Sandown as the Bledisloe Cup of jumps racing.

Maher, who oversees the jumpers in the stable of Ciaron Maher and David Eustace, will saddle Saunter Boy (Fr) in the $300,000 4200m feature on Sunday. Opposed to him will be The Cossack (NZ), a winner of his last eight starts over hurdles in New Zealand, which does not include a maiden steeplechase victory two starts back.

“It’s probably the Bledisloe Cup of hurdling racing this Sunday; we’ve got Australia’s best taking on New Zealand’s best,” Maher said. “I don’t know a lot about The Cossack, I’ve obviously heard about him. I’ve got enough to do without following them as closely as other people, but he’s obviously a class horse with 10 jumps wins.”

The Rugby Union Bledisloe Cup will be fought out between Australia and New Zealand next month with the first match to be played at Melbourne’s Marvel Stadium. 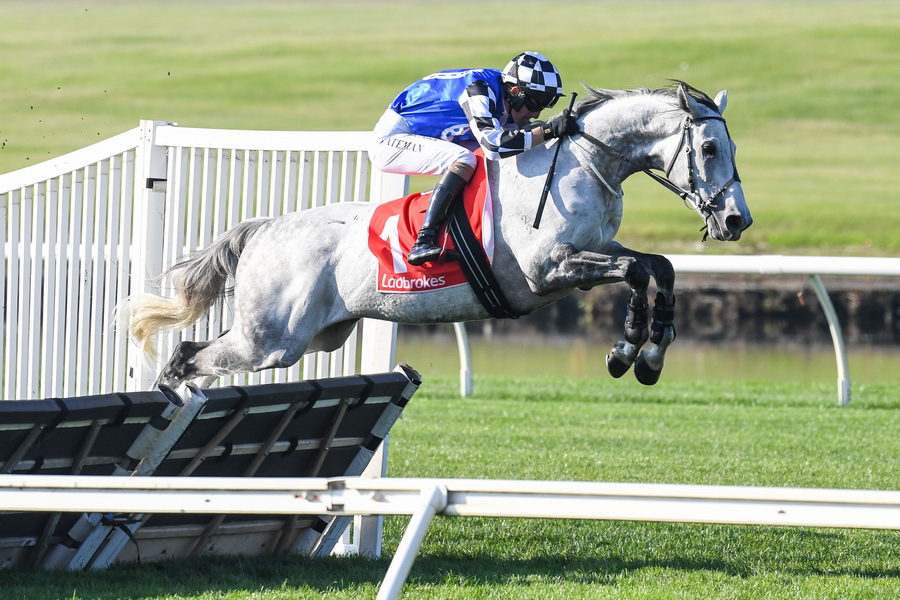 Saunter Boy (Fr) has enjoyed a new lease on life over the jumps, picture Racing Photos

Saunter Boy (Fr) is unbeaten in four hurdle starts this jumps season and like The Cossack (NZ) will need to lump 71kg if successful on Sunday.

Last year Saunter Boy (Fr) was retired from Grand National Hurdle before Maher fitted the jumper with a tongue tie resulting in a clean slate over jumps since.

Maher said he had been managing Saunter Boy (Fr) since the jumper was at his peak when winning the Australian Hurdle (3900m) at Sandown in May. At his most recent outing, Saunter Boy (Fr) cruised home over 3500m at Pakenham on July 17.

“Everything we’ve asked of him he’s done. I don’t think I could have him in better order,” Maher said. “If you want to go down as one of the greats, you have to keep knocking off these big races.