Top colts nominated to resume in The Run To The Rose

There were 13 nominations on Monday for the $200,000, Group 2 The Run To The Rose (1200m) for three-year-old’s at Rosehill on Saturday, which should see the return of the Yes Yes Yes and Prince Fawaz up against the Group 2 San Domenico Stakes winner Exceedance.

The Hawkes’ trained Exceed And Excel colt Exceedance was brilliant on the Heavy 9 at Rosehill for the San Domenico Stakes over 1100m on August 31st defeating Bivouac and Anaheed by 2L in his first run of this campaign. The latter two are also nominated for Saturday.

They will be up against the resuming Yes Yes Yes and Prince Fawaz, both of whom performed at the highest level last season.

The Waller trained Rubick colt Yes Yes Yes won the Group 2 Todman Stakes over 1200m at Randwick on March 9th before a good seventh in the Group 1 Golden Slipper over 1200m from the impossible position of barrier 16.

Anthony Cummings had Fastnet Rock colt Prince Fawaz peaking at the right time to win the Group 1 JJ Atkins over 1600m at Eagle Farm on June 8th after earlier winning over 1400m at Randwick on May 25th.

Another Group 1 winner nominated for the race is the Richard Litt trained Dundeel colt Castlevecchio, the winner of the Champagne Stakes over 1600m at Randwick on April 20th. The colt has been duel nominated for the $150,000, listed Dulcify Stakes (1500m) on the programme with 15 nominations received for that race.

Anaheed has also been duel nominated for the $200,000, Group 2 Sheraco Stakes (1200m) for fillies and mares, for which there are 20 nominations.

The feature $200,000, Group 2 Theo Marks Stakes (1300m) has 13 nominations including the four-year-old Pierro mare Arcadia Queen who will start with a dominate West Australian form line of five wins from six starts. The mare is currently at $11.00 with TAB for The Everest (1200m) at Randwick on October 19th.

There were a total of 150 nominations for the nine race programme.

The Rosehill track is rated a Good 4 on Monday with the rail to be out 6m for the entire circuit on Saturday.

Sydney’s weather for Rosehill this week is for sunny and partly cloudy conditions with temperatures from 18c on Tuesday to 26c on Thursday and Friday. Saturday’s forecast is for a sunny day with 9c – 20c. 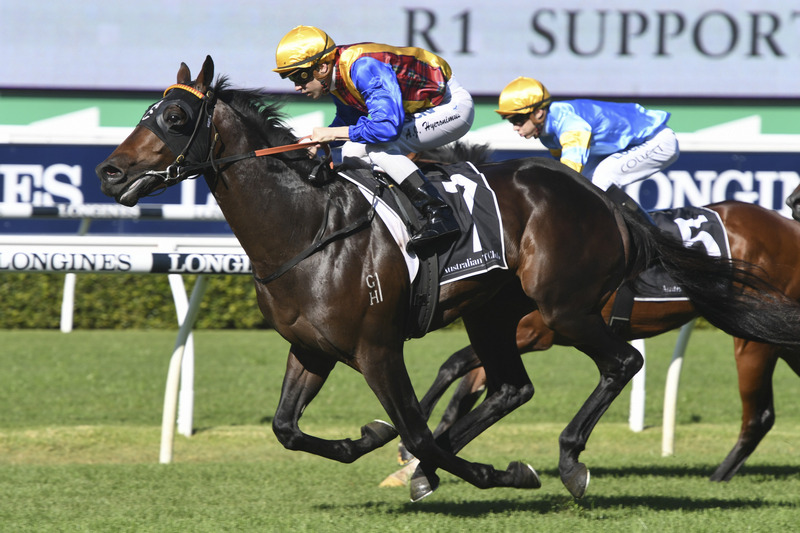