Trainer Jimmy Ting extended a strong start to the Hong Kong season with a double at Sha Tin on Sunday after Keith Yeung dictated throughout on The Anomaly to land the first section of Class 4 Sha Tsui Handicap (1400m).

“I said ‘Keith, if there no horses to go in front, go by yourself. If there are some horses that go crazy, sit second or third’,” Ting said. “I think this horse has some class. He’s very competitive and he can still improve. He’s a nice horse.”

Ting armed Chadwick with similar instructions aboard The Mint and was rewarded with success in the Class 4 Tak Wah Handicap (1650m, dirt).

“It’s a surprise to win, but this horse didn’t like the kickback last start so I told Matthew to go forward to avoid the kickback and the horse ran well,” Ting said. 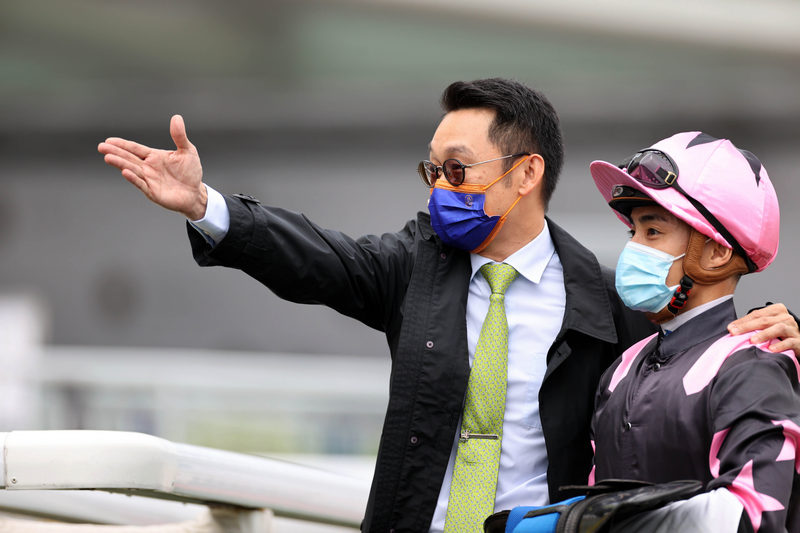 Typically deflective, Ting downplayed his slick start to the term with an eighth winner, saying: “I hope I can still continue to get some winners.”

“He has dropped quite a bit in the ratings, he was up around 90 at one stage,” Schofield said of the eight-year-old, who hit a career-high mark of 89 two years ago.

“Manfred had him fit and ready to go first up and he did a good job because we sat three-wide and he was tough late.”

Dennis Yip’s Sparkling Knight profited from a drop in grade when an effortless victor in the Class 4 Hoi Pa Handicap (1000m), clocking 56.10s on a course soaked with 485.4mm since Friday.

The Holy Roman Emperor gelding struggled in Class 3 last season, but blasted back into the winners’ circle with a dominant display under Alfred Chan.

Chadwick closed the programme triumphantly with a precise display for Ricky Yiu on Golden Link in the Class 3 Wo Tik Handicap (1400m).