Robert Price describes Jamaea as the horse of a lifetime and she might just deliver the win of a lifetime if she can upstage the males in the Group 1 Golden Rose.

Price trains in partnership with his son Luke and the pair made the tough call to dodge a clash with the colts and geldings in the Golden Slipper, a decision that was vindicated when Jamaea won the $1 million Percy Sykes Stakes. 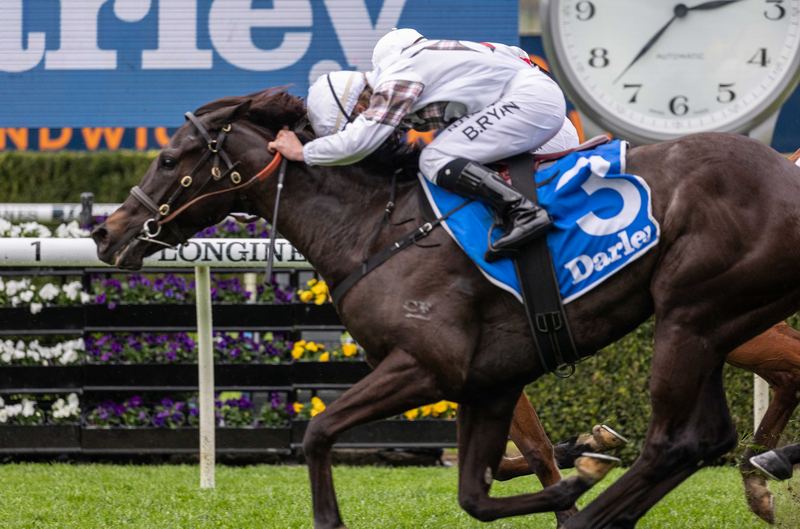 The filly returned with a strong showing in the Silver Shadow Stakes, which was marred by a fall, and was back to her brilliant best with a barnstorming Furious Stakes victory last start.

The easy option was to continue through the Princess Series, but the trainers decided the time was right for Jamaea to finally take on the males in the Golden Rose (1400m) and attempt to become the only filly since Forensics to win what has become a stallion-making race.

Price admits odds-on favourite Anamoe is the benchmark but hopes Jamaea’s draw in seven, immediately to Anamoe’s inside, will be significant.

“He was good the other day, Anamoe, but we’re drawn to end up on his back so hopefully that happens and we can get a trail everywhere he goes,” Price said.

“I know the fillies have got an ordinary strike-rate in the race but in saying that, only a small percentage of fillies have contested it too. And the thing is, this filly is pretty good. She’s probably the horse of a lifetime.”

Saddling up a Group 1 runner is an exceptional feat for a small stable. Luke Price trained Man Of Choice to finish third in the 2015 Spring Champion Stakes when he was working solo, and the Prices have had the odd Derby and Oaks runner between them. But winning a major would be something else again.

Robert Price has been involved in the industry since he started out as a trackwork rider in the 1980s, while Luke has been around horses all his life and was a former top apprentice before turning his hand to training. It has been a long road to get a horse as good as Jamaea, a filly Price senior regards as the best he has trained.

“I can remember taking Luke to work with me to ride trackwork when he was in Year 7 and 8, taking the school clothes with him and getting changed in the back of the car while we drove to school,” Price said.

“We’ve been in the industry for a long time. We deserve a Group One horse, that’s for sure.”