Time for Portelli colt to reign

Microphone is not the only elite colt in Melbourne preparing for upcoming Flemington Group 1 sprints following the nomination of Time To Reign for Saturday’s $140,000 Listed Kensington Stakes (1000m).

A Group 1 winner and undefeated from two Flemington starts, Microphone is to use the Listed race to get ready for the Black Caviar Lightning Stakes and possibly Newmarket Handicap at the course, while for Time To Reign, Saturday’s race presents as an important fact-finding mission.

"He’s definitely coming down and we’ll see what happens on Saturday as regards to his autumn," said Time to Reign's trainer Gary Portelli.

"It will answer a lot of questions."

Time To Reign has posed quite a few questions in recent weeks. Not sighted at the races since his Golden Slipper Stakes fifth placing last autumn due to a spring virus, Time To Reign gave notice he was in for a big campaign when he won a Warwick Farm trial by nearly 10 lengths earlier this month.

"Everyone saw his trial the other day," Portelli said. "He’s working well. A 1000-metre race first-up with blinkers on so it should be a perfect race for him and Damien Oliver is to ride."

Time To Reign is the half brother to the Golden Slipper and Moir Stakes winner She Will Reign, but he is a proven class performer himself. Last autumn, he won the Group 2 Skyline Stakes en route to a fifth placing in the Golden Slipper Stakes, where Microphone finished second.

There were only eight nominations received for the Kensington by the noon closing time on Monday with entries extended until Tuesday morning.

Portelli said he could not be overly confident of success this Saturday as the colt has not started since his two-year-old days.

"It’s always a worry when a two-year-old comes back and takes on the older horses," Portelli said.

"He had a virus so we missed those three-year-old races but from here on, he would be probably taking on the older horses anyway."

Portelli has used the Kensington in the past to gauge his sprinters. He had Straturbo ($31) finish fifth, beaten 1.45 lengths by Headwater in the 2016 Kensington Stakes.

The Godolphin-owned Microphone, like Headwater, is a colt by Exceed and Excel and he won his Group 1 last season in the ATC Sires' Produce (1400m) at Randwick in April. 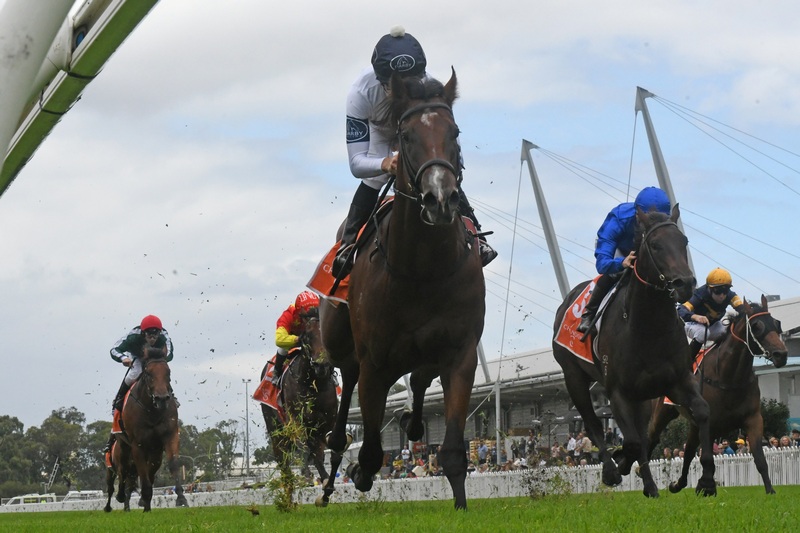