Time for a Hong Kong tilt?

In Her Time can earn a trip to compete in Hong Kong next month if the mare performs to expectations in Saturday's $2 million Group 1 VRC Sprint Classic at Flemington.

Trainer Kris Lees said on Friday that all indications were that In Her Time can at least match her performance in the race last year when only beaten home by Santa Ana Lane and if so, the $3.7m Hong Kong Sprint comes sharply into focus.

"She's been nominated for Hong Kong and that's not out of the question, but she would need to perform well here," Lees said.

"We've got the Lightning again early autumn if she didn't go there."

In Her Time, who won the Black Caviar Lightning over the 1000-metre course at Flemington earlier this year to continue her fine form down the straight course, is one of seven Australian entries for the 1200-metre Hong Kong Sprint on December 8, along with fellow VRC Sprint Classic contenders Santa Ana Lane and Nature Strip.

Lees said he felt In Her Time was shaping well despite the form guide saying she finished ninth at her first-up run. But that run was in The Everest, where In Her Time didn't have the best of luck yet still ran her quickest-ever 1200m.

"She landed in a pretty good spot in the early stages of the race and then Arcadia Queen pushed her three and four deep before the corner and it exposed her a bit early," Lees said.

"The tempo they were running out, she probably blew out with 150 metres to go. She's been beaten four lengths and she's run 1:08 herself. It was that type of race."

Despite the sheer speed at which The Everest was run, Lees reported that In Her Time emerged from the race in great health.

"I am glad it's a three-week turnaround to this race but she's bounced out of it really well," he said.

"She's arrived down in good order. Her preparation is similar to last year and she had a good final gallop on Tuesday.

If In Her Time does travel overseas, it will be Lees' first Hong Kong runner since his former classy mare Lucia Valentina ran fifth in the Hong Kong Cup in 2016. 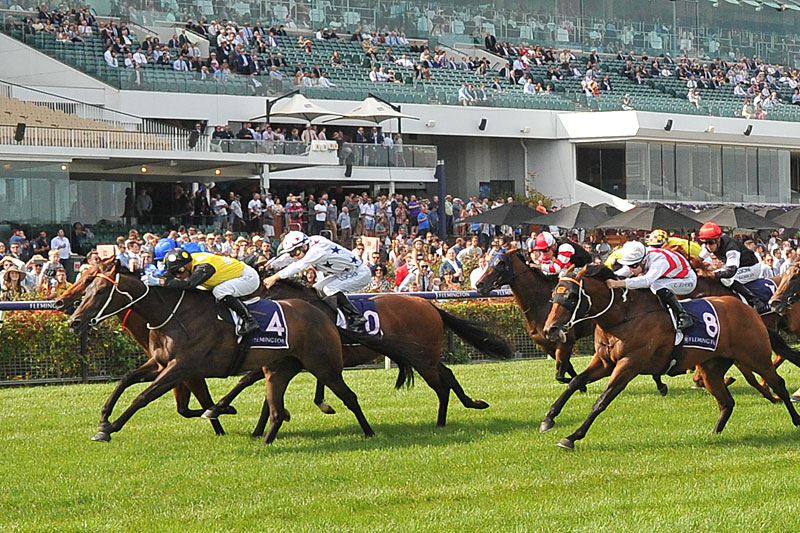 In Her Time winning the Group 1 Lightning Stakes, picture Quentinjlang.com