The Northern Hemisphere three-year-old became eligible for a penalty in the Melbourne Cup following his win in Saturday’s Group 3 Kilternan Stakes over 2400m at Leopardstown (Ireland).

Carpenter said: “When releasing the weights, I identified Tiger Moth as one of the more difficult horses to assess given he had only run three times. He was beaten in a 1400m maiden on debut, then won a maiden over 2000m and was beaten a head in the Group 1 Irish Derby by stablemate Santiago.

“His dominant win in the Group 3 Kilternan Stakes now supports his Irish Derby performance and the form from the Derby has been enhanced with the winner Santiago finishing third to Stradivarius in the Group 1 Goodwood Cup and then over the weekend he was fourth, beaten 1.5 lengths, in the Group 1 English St Leger.

“The 2.5kg penalty takes Tiger Moth to 1kg below fellow Northern Hemisphere three-year-olds Santiago and Russian Camelot who both have 53.5kg in the Melbourne Cup.

“Recent Northern Hemisphere three-year-olds Cross Counter (51kg) and Rekindling (51.5kg) won the Melbourne Cup at their eighth and 10th start respectively. If Tiger Moth does not run again, he will go into the Melbourne Cup at just his fifth career start where he would seek to become the least experienced winner in nearly 140 years.” 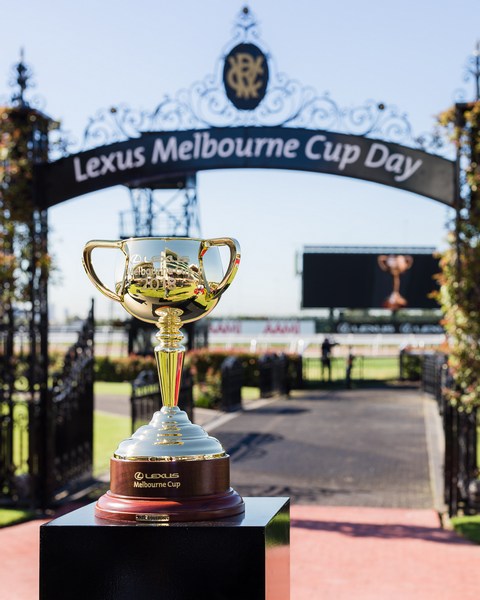 Tiger Moth is also entered for the $5.15 million Stella Artois Caulfield Cup (2400m) on 17 October, but under the conditions of that race he cannot be penalised for Saturday’s win and thus remains on 50kg and at 64th in the Caulfield Cup Order of Entry.

The conditions of the Caulfield Cup mean that Tiger Moth’s stablemates Mogul (Group 1 Prix de Paris) and Anthony Van Dyck (Group 2 Prix de Foy) cannot be penalised in that race either for their feature wins overnight at Longchamp (France).

With Mogul entered for the Caulfield Cup and Ladbrokes Cox Plate (2040m, The Valley, 24 October) only, Carpenter and the RV handicapping team only had to give consideration as to whether Anthony Van Dyck would be issued a penalty for the Melbourne Cup. They have elected not to.

Carpenter said: “We have elected not to penalise the Prix de Foy winner Anthony Van Dyck for the Melbourne Cup where he already has 58.5kg and is the topweight in the race. He had finished 2.5 lengths ahead of Stradivarius in the 2400m Coronation Cup earlier in the season and last night again beat Stradivarius over 2400m this time by only a short neck.

“Anthony Van Dyck already faces a significant challenge with 58.5kg in the Melbourne Cup with Think Big in 1975 the last horse to carry more than 58kg to victory.”

The Orders of Entry for both the Caulfield and Melbourne Cups have been updated and released today also. Outside of Tiger Moth, the most notable changes since their original release on 9 September 2020 are:

• The 2020 All-Star Mile winner Regal Power (Grant and Alana Williams), who was inside the top 15 in both Cups and thus assured of a start in either, has been officially withdrawn after a setback to his spring campaign;
• Mogul and stablemate Armory, who was third against older horses in Saturday’s Group 1 Irish Champions Stakes, have had their international rating lifted as a result of their weekend performances. This has seen Armory move from 32nd to 24th in the Caulfield Cup Order of Entry, while Mogul has risen from 34th to 25th; and
• Following his second placing in the Group 2 Doncaster Cup (3600m) in the UK across the weekend, the James Fanshawe trained Selino has passed the ballot for both Cups and moves to 101st position in the Caulfield Cup and 85th in the Melbourne Cup.