Thunder getting ready to rumble

The Group 1 C F Orr Stakes at Caulfield is shaping as the return run for I’m Thunderstruck (NZ) as the gelding chases a second rich “new race” on the Australian calendar.

Having captured the $7.5 million Golden Eagle at Rosehill last October, trainers Mick Price and Michael Kent Jr have the $5 All-Star Mile in their sights for I’m Thunderstruck (NZ) this preparation. The Golden Eagle has been run three times, while this year’s edition of the All-Star Mile, run in March, will be the fourth staging of the race. 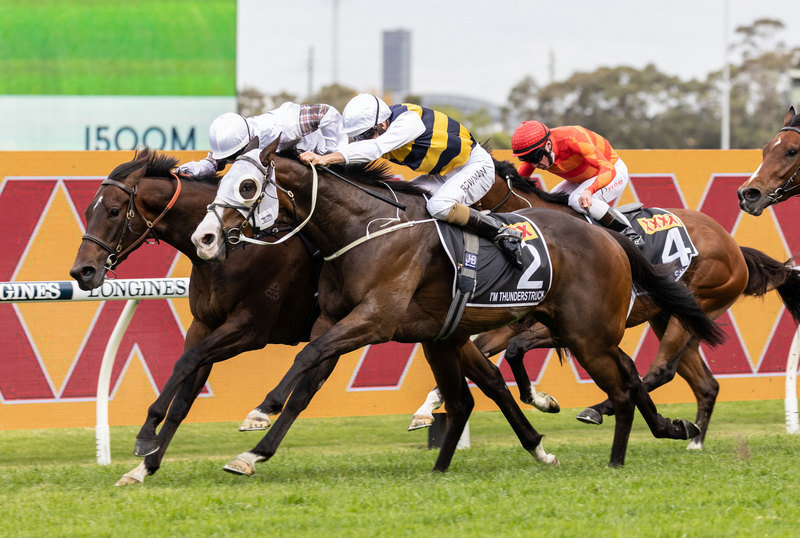 Kent Jr said I’m Thunderstruck (NZ) had spelled well and was around two weeks off having a trial in preparation for the Orr Stakes (1400m) at Caulfield on February 12. He added that the Group 1 Futurity Stakes (1400m) at Caulfield two weeks later would follow, before the All-Star Mile (1600m) at Flemington on March 19 and a potential trip to Sydney.

“Mick went and had a look at him yesterday,” Kent Jr told RSN. “He’ll be pretty burly for the first run, but that’s the thing with him, he’s a big-barrelled horse.

“He’ll take a lot of improvement. We’ll see how he comes on in the next two or three weeks as to how fit he will be, but he is looking exceptional.”

I’m Thunderstruck (NZ) has raced only nine times, registering six wins, and made a giant leap last campaign. After starting off with a Sale Class 1 victory in June, the 4-year-old took out the Group 1 Toorak Handicap at Caulfield in October before his Golden Eagle success.

“That was only his second racing prep,” Kent Jr said. “He debuted this time last year during Magic Millions week, so he’s done a lot in a short space of time and I think he will only continue to improve.

“He’s a Kiwi horse by Shocking, he’s improved physically and with that should come a bit more power and speed. It’s very exciting.”