Three in succession for Overpass

The Bjorn Baker trained Overpass under Josh Parr set punters off to a great start for the inaugural running of The Coast metropolitan meeting at Gosford on Saturday winning the first of the programme, the $125,000, Central Coast Granite 2YO Handicap (1200m).

The Vancouver colt was well supported as the $2.60 fixed odds favourite and Parr was able to give them all a sight as Overpass  went to a 1 1/4L margin win.

Overpass (57.5kg) franked the win by having to race wide from barrier ten down the back and then corner three wide with Parr keeping the colt up to his work. Once balanced in the home straight Overpass was sent way by Parr from the 150m and the race was packaged up for the colt’s third win in succession.

He commenced the trio of wins at Orange over 1000m on April 16th, then went to his home base of Warwick Farm to win over 1100m on April 28th and book ended those two wins with a good metro win on Saturday.

His four starts have yielded the three wins with the other start, his first at Hawkesbury on April 5th, a second place with earnings now of $143,800. 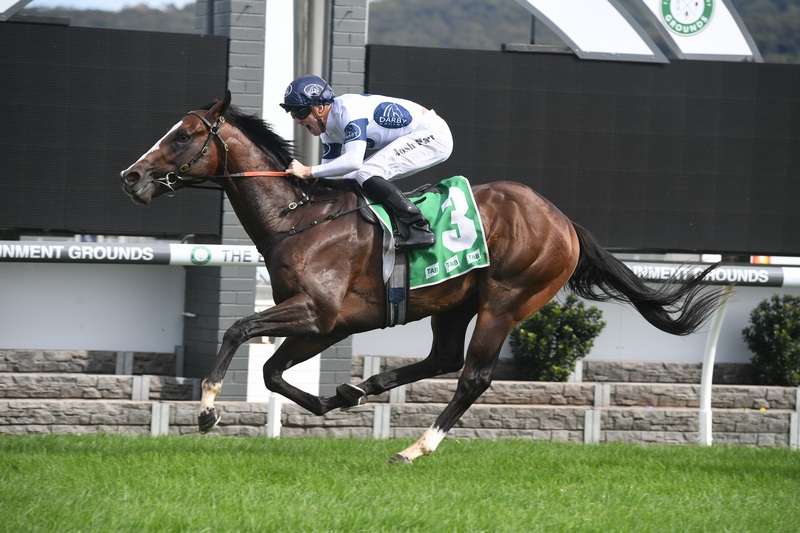