Jockey Damien Thornton’s opinion of Guardian Spirit has been vindicated with the Godolphin-owned galloper scoring at Sandown.

Thornton made the trip to Geelong to partner Guardian Spirit in his maiden win before making the trip back to Flemington to complete duties on the final day of the Melbourne Cup Carnival.

Guardian Spirit was a heavily backed $1.75 favourite to take out the Ladbroke It! Handicap (1200m) at Sandown on Wednesday and needed every metre of the journey to defeat Big Apple ($9) by a short-head. Riddlero ($16) was a further 1-½ lengths off in third place.

“He’s a progressive type,” Thornton said of the Anthony & Sam Freedman-trained galloper. “The first time I ever trialled him I thought he was a miler, not so much a sprinter.

“He was good winning his maiden and he was good again today. It took the whole length of the straight to get there, but he got there and there is more to come.”

Sam Freedman said the stable felt Guardian Spirit was above average, but the colt had been set back by some niggles along the way. Like Thornton, he believes Guardian Spirit would continue to improve with time while also noting the 1200m was far from ideal.

“He’s taken a little bit of time to come into himself and the team at Godolphin, they’re a pleasure to train for,” Freedman said.

“He was closing all the way, but the one thing I have learned about this track is to judge it after the meeting when we see whether they are making ground or not. We’ll have to assess where we go from here.

“There’s a nice 1400-metre race at Flemington in a couple weeks that could suit, or we could potentially give him a bit of a freshen and plot a path to the autumn.” 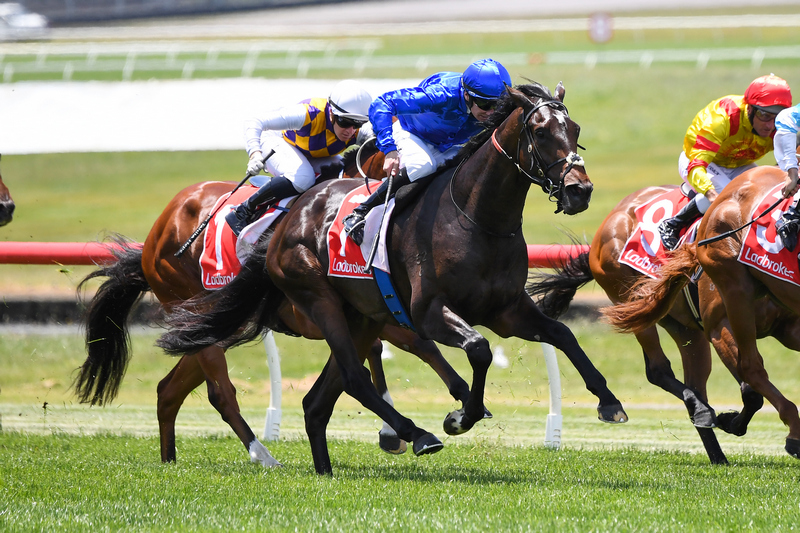