Before final fields are declared, Brass rates his best barrier triallers possibly going around in Sydney, Brisbane and Victoria this Saturday.

AMANGIRI
(Emancipation Stakes, Doncaster Prelude, 1500m, Rosehill)
A gorgeous-looking mare. She was outsprinted at 1400m first-up last preparation so it’s not surprising Hawkes Racing resumes her at 1500m now. A G3 winner last campaign, she outboarded her way through heavy going at the recent Rosehill trials. Tommy Berry did not move on her, yet the winning margin was six lengths.

KEMENTARI
(Star Kingdom Stakes, 1200m, Rosehill)
The 2018 Randwick Guineas winner was scratched from last week’s Slipper meeting – and also scratched from a stud career. He’s now a gelding. Reportedly only two broodmare partners tested in foal at stud, despite a total of 53 girlfriends. Under a firm Hugh Bowman grip, he recently led throughout in a Randwick trial.

NOT AN OPTION
(The Schweppervescence, 1400m, Rosehill)
Kiwi trainer Tony Pike knows the right sort of galloper to ship across the Tasman. THE BOSTONIAN, PROVOCATIVE and SACRED ELIXIR are G1-winners for him in Australia. This week he’ll unveil this Aussie-bred colt for the first time in Sydney, having sent him out for two wins in four runs. Rosehill was the venue for a recent trial outing and he surged for third off a tardy start. Nash Rawiller didn’t move on him.

NEUTRON
(QTIS 2YO Handicap, 1200m, Doomben)
Kacy Fogden trains this unraced chestnut son of Starcraft. He’s now the winner of two barrier trials, the most recent at the Gold Coast last Monday when his margin was around six lengths. After box-seating, the youngster shouldered his way into the clear, pricked his ears, and blitzed his rivals in the fashion of a very, very good sprinter.

MANICURE
(Star Kingdom Stakes, 1200m, Rosehill)
James Cummings scratched this mare from her first-up assignment on Slipper day. As usual an astute move by ‘The Maestro’. Racing on the pace was the only way to win last week - this big miss would have faced a huge task. Hugh Bowman has also kept this two-time winner under heavy restraint in recent hit-outs.

CORUSCATE
(Star Kingdom Stakes, 1200m, Rosehill / Benchmark 84, 1100m Bendigo)
Fitter for a first up defeat at Randwick in February, the five-year-old won a Warwick Farm trial on March 5. And did he plough through the heavy conditions! Parking just off the leaders but extremely deep, he was never asked to extend by Brenton Avdulla. The margin was a neck – it could have been quite a few lengths if required.

SURREY THUNDER
(Benchmark 88 Handicap, 1400m, Rosehill)
Goes around in the YES YES YES silks and also trained by Chris Waller. We’ve yet to see him race ‘Down Under’ but his 10-start race history contains three wins and four placings in the UK, Germany and France. He’s a middle-distance galloper but we’ve seen many imports adapt quickly to our shorter events, especially when fresh. The only local trial was a strong-finishing third at the Rosehill session two weeks ago.

MAURUS
(Doncaster Prelude, 1500m, Rosehill)
Bouncing off G1 success at Rosehill with DREAMFORCE, John Thompson boasts a tribe of able-bodied back-ups for the Autumn Carnival. Here’s one of them – a tidy staying type, but more than capable when fresh. Spelled since spring, he was hardly pushed when a fast-finishing fourth in a 1200m Randwick heat on March 12. 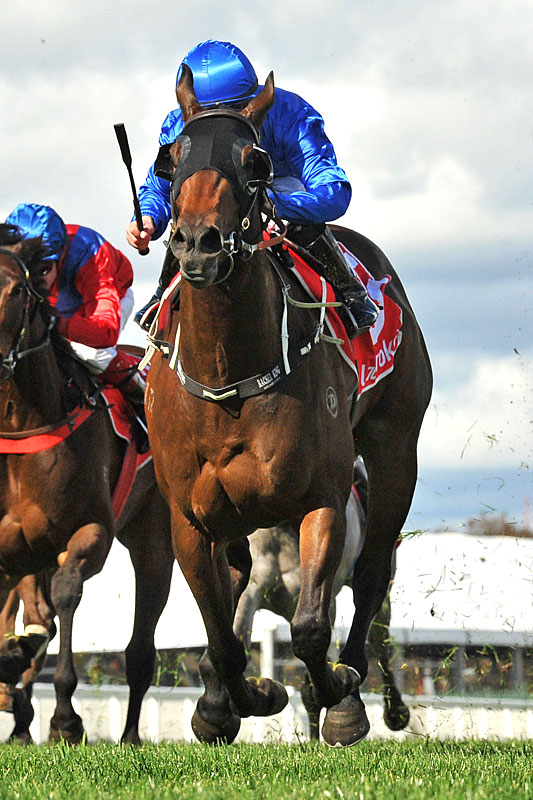