Funny what you can watch on your phone nowadays. Francis-Henri Graffard was able to witness In Swoop win the German Derby on his mobile in the summer, and the French trainer will hope The Revenant will light up his screen here.

Graffard will not be at Ascot, but expects another big run from his five-year-old, who was second in the Queen Elizabeth II Stakes 12 months ago.

"The softer the ground the better for him," the trainer said. "Last year it was very soft which helped us. It would be great if he runs a similar race and, with humility, I see Palace Pier as the one to beat, and if we were placed again it would be a very good performance.”

Last year's defeat was one of just three in a 12-race career for The Revenant, who returned from a 350-day break to land a third Group 2 success in the Prix Daniel Wildenstein at Longchamp a fortnight ago.

"He has had no physical issues," said Graffard, who won the Coronation Stakes at Royal Ascot with Watch Me in 2019.

"I had him ready to run at the beginning of the season, then lockdown came and, since we had no idea how long it would last and feared that it would force him to run on summer ground that he does not like, we decided to turn him out and wait until the autumn. He came back in July to allow us to get him ready for this race and the Wildenstein.

"The Revenant has come out of his Prix Daniel Wildenstein victory very well. He needed the race badly, so he will come on a lot."

What they say
Ed Crisford, joint-trainer of Century Dream
It's a very tough race, but he'll love the ground and likes Ascot so he's not without a chance. The ground was a bit quick for him in Ireland last time.

Mark Johnston, trainer of Dark Vision
We're really, really happy with the horse. We were very keen after his win in Germany to have a shot at a Group 1 with him again and he's in great shape. I'm disappointed about the ground, which has become an unfortunate pattern with Champions Day, and it will be a concern.

William Knight, trainer of Sir Busker
It's a massive ask against the likes of Palace Pier, but he likes the track and the ground and fingers crossed he can nick a place.

Roger Varian, trainer of Molatham and Roseman
Roseman will enjoy getting his hooves into the potentially heavy ground as he demonstrated in winning the Listed Ben Marshall Stakes last season. He was simply unsuited by ground at Chantilly next time. It wouldn't be a major surprise to see him compete for some more prize-money. Molatham looked to be going places when winning the Jersey Stakes at Royal Ascot and certainly shaped like an extra furlong was potentially within his compass at some point. 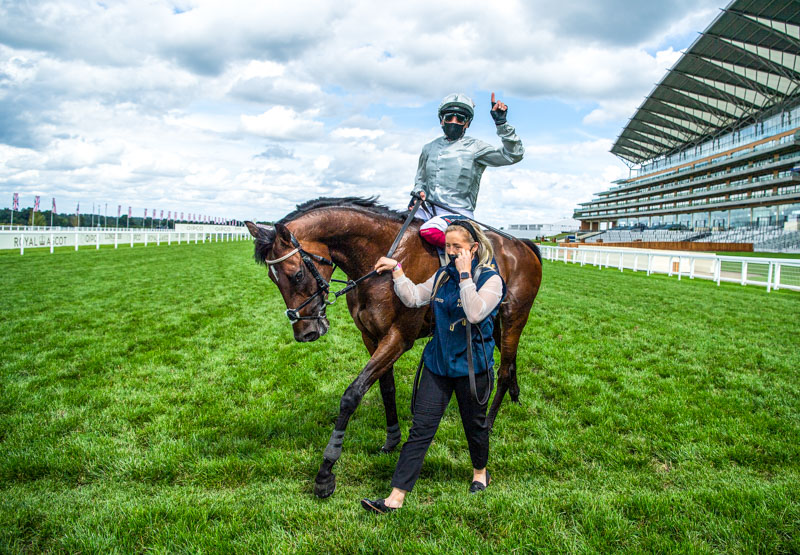 John Gosden, trainer of Palace Pier and Nazeef
Palace Pier is a relatively fresh horse having only raced three times this year which should be in his favour, and he goes there in good shape after a spin on the Rowley Mile last week. He showed when winning at Deauville last time that he handles the soft, but like most horses he'd prefer good ground. Nazeef has come out of her win in the Sun Chariot Stakes at Newmarket very well, where she had no travelling, and she'll handle the ground. It's a smart race but she's a course-and-distance winner and deserves to take her chance.

Chris Richardson, racing manager to Cheveley Park Stud, owners of Veracious
This will probably be her last run before she heads to the paddocks and she did run one of her best races to be fourth in it last year when the ground was testing. It's a tough race, but she ran a bit free at Newmarket last time so hopefully she settles better and comes home strongly.