There is a feel of Spring Carnival in the air as TAB’s ANDREW GEORGIOU looks over the weekend that was and prepares for another action-packed week of racing.

Punters were well and truly on top on Saturday with a number of heavily backed favourites getting the job done.

In Melbourne, FATIGUES ($7-$4.60) landed a good move while the likes of TAVIDANCE, CAFÉ RIZU and COMING AROUND were extremely popular. NEW KING ($15 on Wednesday) was one of the best tried at longer odds to have got the money, while BLACK LOG ($11), upwards of $21 on TAB Fixed, landed a good move at Doomben.

MELODY BELLE got the blows big time in the Missile and ran accordingly while SOUTH PACIFIC was one of the best tried runners all day but couldn’t even place in the opening race at Flemington. Others to have proven very costly included TULLIO at Doomben which commanded just over half the money in Race 8 and finished at the tail of the field.

Dylan Gibbons rode his first career winner when successful on Paul Smith’s OCEAN RULER last Saturday at Coffs Harbour. It was just the seventh ride in his fledgling career. 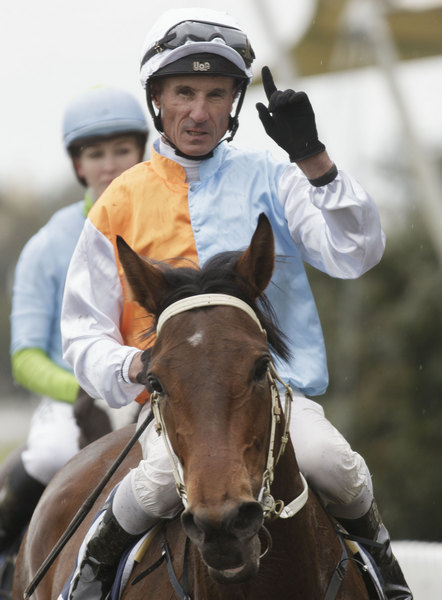 “I’m waiting for a slot.”
Joe Pride on his The TAB Everest hopeful Eduardo after he led throughout to win the Missile Stakes

“He’s always worked like one of the best at home. Aquis have another good colt on their hands.”
Annabel Neasham after Anders was dominant in the Rosebud.

“I wasn’t expecting him to win three in a row. The owner dreamed of winning a race at Doomben and now that’s come true.”
David Van Dyke after CLOAK registered another win.

Meanwhile, Eduardo announced himself as a possible The TAB Everest horse after winning the Missile with TAB slashing his odds from $101-$26 for the feature sprint. FENDER ($26-$15) was a notable move for The Kosciuszko.

Check out all the latest TAB Futures markets here

WHAT’S NEXT
WHAT’S NEX
Keep an eye on the Randwick trials on the Kensington track on Friday where a host of G1 winners return including Golden Slipper hero FARNAN and CON TE PARTIRO who are set to take their initial steps towards a big spring campaign.

In Sydney this weekend, the Up And Coming Stakes brings G3 action to Randwick while Caulfield host two G3 events, the Vain Stakes and Quezette Stakes. Casino’s Cup meeting is also set to go this Saturday.

Catch the action on Sky Racing and the Sky Racing Active and TAB apps.