#9 Amazing Boy receives the most ticks in a typically competitive Class 5 contest to start the day's proceedings. The 2000m start point is particularly difficult to manoeuvre and your race can be over instantly if it is not navigated with precision. With an excellent draw in gate 2, a familiar jockey aboard, plus, a solid performance over a longer journey most recently, this is the horse to beat.
#4 Eevee shall drift back from the wide and awkward barrier, in search of cover, before looking to launch his run from the 600m. It is his first run at the lowest level and recent efforts read well enough for him to win. The pace appears slow, which goes against him, but with Moreira atop he remains a legitimate winning hope.
#7 Go Ballistic finds himself back in Class 5 following a solid seasons work in Class 4. He won two races at this level earlier in the season before transferring to a new stable in December. He bled in February, which is the negative alongside his name, but he looks the leader and therefore must be considered a chance.
#5 Flying Mighty is extremely well rated after initially arriving to Hong Kong rated seventy. He was placed in Class 3 over 1800m last season and does possess the biggest engine of any runner in this race. However, he remains winless because of a long battle with a roaring condition. He has already undergone surgery to correct but was again declared a roarer two runs back. So he is a risky liability that can potentially win.
#1 Hyperion Tree has recently joined the stable of Frankie Lor and for that reason alone can definitely improve. A recent trial in preparation for today was average, with Alexis Badel aboard, but the distance was insufficient. With a drop in class and a change of venue relevant he’s worthy of keeping safe.

#2 Tourbillon Diamond has been particularly honest at the highest level and is granted the on top selection. With an excellent record in Group 3 company, and likely gun run in transit, he will obtain the opportunity to win when they turn and sprint for the judge. The heavy weight is a burden against younger up and comers but I’m confident he can cope.
#10 Turin Redsun was brilliant in the Hong Kong Classic Cup when he gallantly chased home California Spangle. He was never at the races on Hong Kong Derby Day but recent efforts have since been terrific. He is extremely talented, drawn well and lightly weighted and with a big cash bonus awaiting his victory, he must be include.
#5 Excellent Proposal promised so much at the beginning of the season but remains winless from nine outings contested. In his defence, he has bumped into Golden Sixty on numerous occasions and was not disgraced. He is capable under the right situation, and Moreira knows him better than any, but to win he will need to wind back the clock.
#4 Champions Way has been hit miss all season but should be respected if he finds his best. He has not won beyond the 1600m but other conditions are in his favour to some extent. A good draw, lighter weight and excuses his past couple make him a worthy recipient of some prize money.
#9 Butterfield is another non winner this term that can be entertained as a chance. Zac Purton has been aboard his past two and jumps back on for a third consecutive ride. Getting to 121lbs would have taken some work so you can be assured he will make it count.

#3 Beauty Joy is now classified as an astute purchase by the Kwok family which followed his faultless Australian career in Perth. It did not begin all that well when lameness kept him sidelined after two starts but he’s since made up for lost time. After a cosy Group 3 victory at his latest run the drop back to 1400m may create concerns. But he is that good so it might not even matter.
#8 Silver Express is reaching peak fitness and combined with a return to 1400m can run well. He is yet to prove himself at this level but the shorter journey, combined with his tactical speed, can place things to his advantage. Admittedly, a number of opponents can test for early supremacy, but I am confident he’ll stick on well when they dash for home.
#9 Blaze Warrior is not far off being classified as a genuine group performer and he will receive his chance to prove that today. With an 18lbs drop in weight, and rise to 1400m, the ideal situation evolves to match with his hard finishing style. He has yet to reach his ultimate rating mark and is therefore tipped to run well.
#2 Lucky Patch was at the top of his game before falling heavily in the Group 1 Hong Kong International Sprint. Understandably time has been the essence to recapturing his better form but I anticipate he will feature in today’s result. With the two runs back absorbed, and freshness in the body reestablished, a forward showing is likely on the cards.
#4 Lucky Express has been unlucky at times but is rarely beaten big margins. His last recorded run over 1400m was at Group 1 level, in the Queen’s Silver Jubilee Cup, when he finished seventh beaten approximately four lenghts. A similar effort here would bring him in to play so be weary of dismissing his prospects. 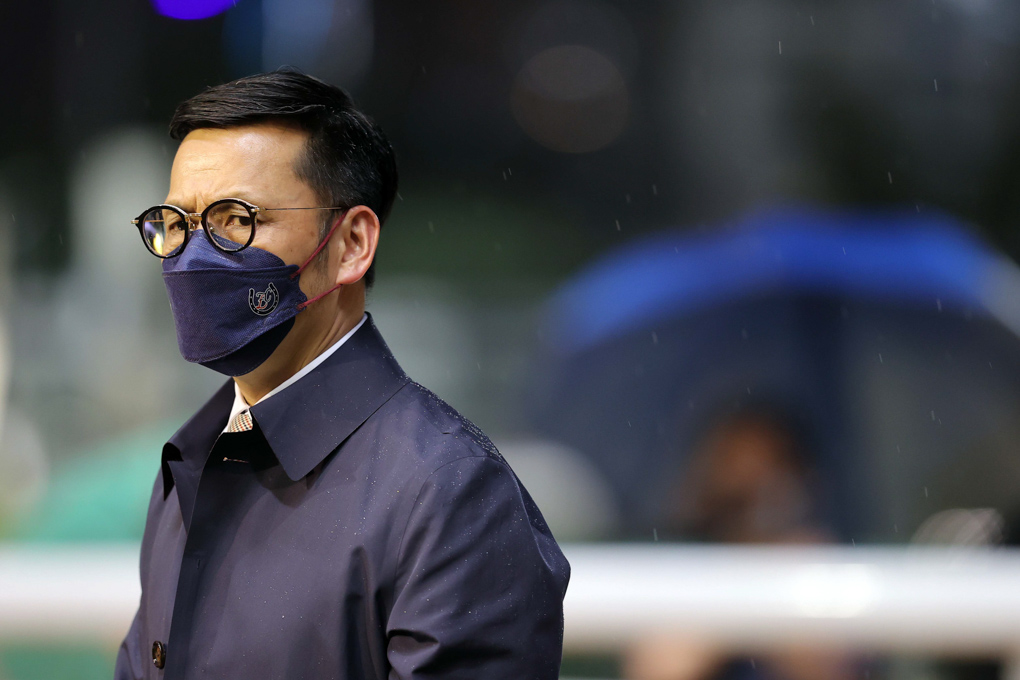