#1 Gameplayer Times is a former Brazilian Group 1 winner who has struggled in acclimatising to the rigours of Hong Kong racing. Initially arriving rated 80 he now finds himself in the easiest race he has ever contested, plus draws the inside gate and receives a 5lbs claim. Clear signs were evident his form was turning around at the end of last season and he is now feeling better within himself. A lead up trial on the 7th September portrayed him in a good space and he now looks ready to fire.
#6 Fairy Floss was outstanding at the end of last season winning four of his last six starts. Twelve months ago he was at the crossroads and bordering on compulsory retirement. Then trainer Paul O’ Sullivan attached a set of cheek pieces and he has been a different animal ever since. He has been involved in two trials recently and has held his condition during the break.
#2 Super Fast looks the speediest from the gates and is expected to cross and lead. He torched a field by four lengths last season when the track was wet and was punted into 2.3 favourite just prior to the jump. He had not been much chop up until then but his liking for the surface is now visible.
#4 El Jefe was costly last season after looking the winner on multiple occasions but never sealed the deal. He will try the All Weather again today after finishing 3rd on this surface first up last season. It is normal for him to settle back then thunder home down the stretch. Should he produce that he would more than likely win but in the past he has been untrustworthy.
#3 Lady First has only one win to his credit but has placed on 16 other occasions. He has the capacity to lead this field, should he step, or at worst settle leaders back. The jockey aboard rides the track well and together they can be in the mix.

#1 El Valiente has been superbly prepared by the Paul O’Sullivan stable and looks one of the better bets on the day. Overall he has been disappointing, however, circumstances appear spot on today and he is the most likely winner. A trial under Zac Purton was superb and there is plenty of residual fitness from last season to call upon, if the finish becomes a tight. He can box seat one of the fence then join in to win.
#12 Lucky Victor saved his career at his final run last season by jumping straight to the front and leading throughout.
It is bizarre that it took such a long time to conjure up that effort because his work and trials since have been fabulous. It is hard to tip him with confidence, but he will lead from the outside drawn and give you a decent sight.
#11 Apolar Warrior has been the beaten favourite at his last three attempts. A trial in early September displayed him in good shape and jockey Harry Bentley has allocated a fair portion of his time working with him since. I thought he would have won a race by now so I am low on confidence but a win, or good run in defeat, is again on the cards.
#9 Ruby Stars can provide plenty of resistance following two good trials and solid form from the end of last season. He does lack hard core strength in a finish but from the draw can conserve energy. It appears on paper there will be to many excuses.
#4 Turf Brilliant is another who saved his career with an unexpected win. The 6yo races today for the first time in nine months and Alexis Badel has been aboard in most of his work and trials. I have liked a couple of those gallops and I want to include him in the multiples.

#4 Leap Of Faith provided a prosperous season for connections last campaign and signs are ominous he is not done with yet. His fresh record is good after winning first up last season and his final victory back in July was outstanding. John Size has kept him ticking over nice and quietly during the break and more wins are ahead following two excellent trials.
#1 California Ten was ready to win at his final run last season but a horror barrier draw ended that before it began. He is not overly big in stature so it is no surprise trainer Tony Cruz has opted to claim first up and book apprentice Jerry Chau. His arrival rating was quite high, I felt, so I do not believe there is a great deal to work with. However he looks capable today.
#10 Soulmate is ultimately looking for the drop in class but should nevertheless be entertained. He ventured to the mile at the end of last season and displayed considerable grit and determination. The winner of the aforementioned race recorded fast time and this fella was able to absorb that pace.
#8 Entrusted looks likely to secure the run of the race, one out one back, and can present himself to win from that position once they straighten. A change of stable last April appears to be helping improve his form and his last run was an honest effort. He has been given a soft and quiet trial leading in and I am confident he can run well.
#5 Enzemble has put in plenty of shockers throughout his career but when the son of Zoffany gets his own way he can be amongst the chances. Zac Purton has the unenviable job of steering this unpredictable creature and jumped aboard for a recent morning spin. It is not easy predicting which Enzemble shall turn up, but provided he does not get knocked about he should continue giving to the line. 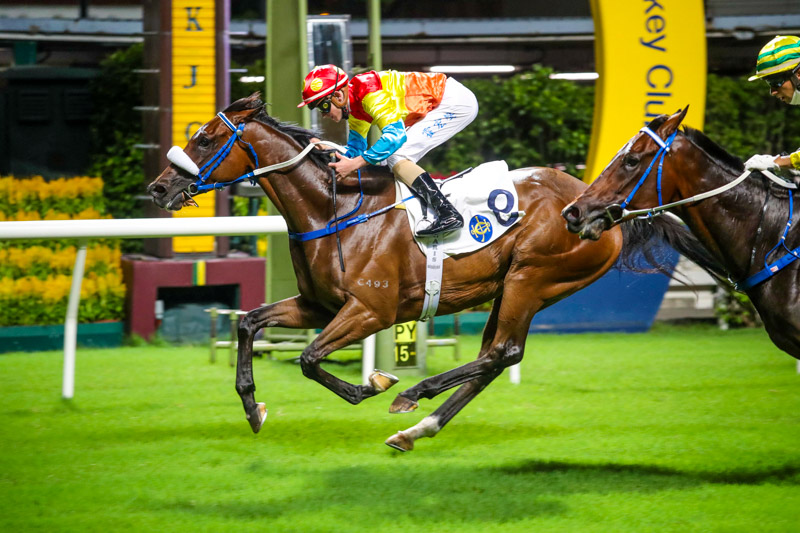