#4 Jimmu is one of the most consistent low grade gallopers on the circuit despite the fact he remains a Hong Kong maiden.
When reviewing his career form it is obvious he is currently well rated after arriving to Hong Kong on a rating of 81.
But the question remains is he just a non-winner, and the answer is likely to be yes, but with Moriera continually offering his services the elusive win remains possible.
#9 Diamond Star is a below average conveyance and it is surprising to see him still residing in the yard of John Size.
His best performance was over this course and distance last season, with Zac Purton in the saddle, and a repetition of that effort will see him go close.
#12 Jolly Forever has the benefit of a run under the belt and in the early weeks of the season that is often advantageous.
He is the lowest rated runner at the races today, which does not create confidence, but there were positives first up.
The question that forever hovers over this class of thoroughbred is can he back it up.
#2 Super Hong Kong was unlucky to have not won a race back in April and that form-line stands superior against that of today’s contest. Excuses at his next three outings are valid and he is first up this afternoon in Class 5. The draw should not concern as he will settle back and search for cover and a prudent preparation by trainer Tony Millard is recognised.  The value runner.
#5 Mister Monte has only just returned to the lowest grade and the 8yo has not missed the frame when he has been here. He is a tough and durable type that relishes a battle and is difficult to overlook. He will be up on pace and with a claiming rider atop is attractive and still capable of winning.

#1 King’s Capital has now received the necessary relief in the handicap and relegated to Class 4. He is well drawn in gate 2 for the formidable combination of Zac Purton and David Hayes and the two trials leading in are graded sound. He is no world beater but today’s contest appears a race he can certainly win.
#3 Speedy Fay Fay picked up a cheque eight times from 10 starts last season with the two wins coming over this course and distance. It is felt by a few good judges that he is likely to be on his mark considering he has had eighteen starts, but I am not convinced. He is an enormous beast with scope and presence and I feel he will go higher with more racing and distance.
#4 Xiang Yin is a Class 3 animal, ability wise, but unfortunately right front leg injuries have played havoc with his career. It has taken a long time to get him back racing and provided no soundness concerns reappear I would expect he can win a few races this season. It is worth remembering he won three of six in England before his arrival with one being a deep race at Goodwood.
#5 The Anomaly overcame difficulties to win on debut at Happy Valley and notably the runner up won last Wednesday. He is a quirky son a Real Impact but possess a reasonable sized engine. He remains mentally immature and could eventually need assistance, by virtue of head gear, but a trial in preparation was likeable. He has drawn well and the jockey aboard has the experience to deal with his antics.
#11 Best For You is particularly well rated with his last win off a rating five points higher than his mark today. He is not a trustworthy individual but maps well and was going good at the end of last season. He will look a moral in Class 5 when he eventually drops to that grade but do not underestimate his presence today.

#3 The Golden Scenery is a horse to be following going forward into the season. He is not overly big in stature but possesses an engine capable of running fast sectionals and breaking 22.00 over the final 400m. The former Queensland/Australian galloper has nice upside and despite it being 1400m first up should go close to getting it done.
#5 My Sugar displayed a large portion of talent last season when winning impressively but has struggled with ongoing left front fetlock issues. He had surgery in March to remove fragments from the area and his work and trials since are satisfactory. He is drawn well with Zac Purton aboard during his last two gallops so I will be watching for market confidence.
#4 Super Winner was a revelation last season winning four of nine over this journey. A solid pace appears on the cards here and he will fit right in amongst it nicely. He can dash well thereafter and should again make his presence felt to the line.
#9 Invincible Missile had a poor campaign last time in and he has now settled in to the stable environment of Casper Fownes. He has got a terrific record fresh and the pace to run at suits. Rated as high as 90 in the past strongly suggests he will be back winning races this season.
#13 Win Win has won with a rating of 65 in the past and today is rated 63. He is a two time winner over the track and distance with his recent trial win at Conghua an encouraging piece of work. He will better suited once he drops in grade but today’s race is going to be run to suit. I expect he will find the line hard through the final 200m and would not be surprised if he sneaks into the frame. 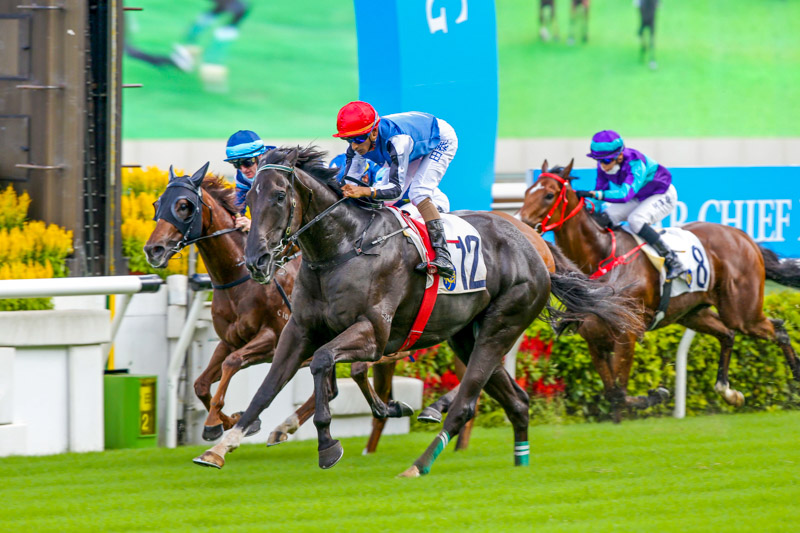