#6 Thunderstrike heads to the races on debut today following a four month preparation primarily conducted at the Conghua training complex in China. He has been a handful from time to time mentally and the occasional issue at the barriers has surfaced during the four trials undertaken since he arrived. He has drawn perfectly in gate three and the stables 7lb claimer Jerry Chau rides so positives are evident with a nice price on the horizon. I expect natural improvement to follow today’s initial experience but by all reports he has ability and plenty of upside.
#1 Pleasant Endeavour looks another progressive youngster following a solid debut win down the straight 1000m. Last year's Champion Trainer has sourced high quality youngsters consistently over the years and this son of Redoute’s Choice looks to possess the goods. He is still a big baby who is green and goofy but the step to 1200m and rail to follow shall hugely assist his development.
#2 Eligere arrived on a rating of seventy two and was quite competitive mid-way through last season in Class 3 races. He was stretched out to The Valley mile earlier this term and ridden for speed which was not something he coped with well. He has since had a spell and returns today over 1200m with experience and residual fitness on his side. He can produce a damaging turn of foot if dropped out early doors and with a touch of luck from the gate shall put on a decent show.
#8 Monster Kaka has been a head scratcher for those following religiously with twenty starts now under his belt for just three placings. His arrival rating of eighty was not inaccurate as he does possess the ability to win races around this grade, but his effort on race day has generally been far from inspiring. In his defence he has been thrown around tactically and struggled with continuity making it difficult to hold any form. His best efforts have followed a cold ride and he is more than capable on a good day.
#9 Won Ball has plummeted twenty seven points in the ratings since his debut and he has been spotted finding the line at four of his five runs this campaign. Zac Purton shall again take the wheel after witnessing an encouraging trial on the All wWather track nearing the end of March. He again must deal with a horror barrier but is heading in the direction of a win.

#4 Waikuku was superbly placed leading in to the Queen‘s Silver Jubilee Cup and saluted accordingly with a high rating performance. He will need to carry a 5lbs penalty due to the Group 1 victory and returns to the mile which may be a slight concern. His ultimate goal this campaign is the Champions Mile on April 25 and all being equal he will be cherry ripe and better placed that day. Nevertheless he is the best horse in the race and is likely to get the job done.
#5 More Than This finished third in last year's Derby following a rise to semi stardom last campaign. He received a six month spell following an acute issue to his left front fetlock but has now fully recovered judged on his three efforts in return. He is yet to reach his full potential and should he discover gate speed can eventuate in to a genuine Group 1 performer.
#3 Ka Ying Star displayed his power and strength recently when returning to Class 1 and landing a much deserved win. He has consistently been a fraction below the top class however the confidence gained from that win could certainly spark additional motivation. He will snare the lead and it is unlikely he will be attacked which holds him in good stead for the run to the finish.
#1 Southern Legend shall today line up for start number fifty with twelve wins and a lazy 7million USD in the bank he needs no introduction. He has not finished further back than fourth this campaign so he is as per normal very hard to dismiss. It looks as though the spot outside Ka Ying Star , who leads, is up for grabs which positions him with no cover to the bend. The 5lbs penalty he must carry could well be the difference between first and fifth but it really depends on how well the others dash.
#4 Mighty Giant was entirely suited dropping back to the 1400m of the Queens Silver Jubilee Cup and performed admirably finishing a very credible third. He has achieved plenty this season against the cream of the crop but continues lacking that extra length to win. He may require another off season to match the pinnacle at set weights and the 1600m will not make it any easier.

#3 Wellington is evolving in to Hong Kong’s next super star sprinter following his recent and outstanding win in Class 1. Admittedly he came in to that contest on a light weight and his official crowning ceremony is still yet to be earned.  However the time he recorded in victory was phenomenal. In my opinion the tracks in Honk Kong have been running faster the last five years, for various reasons, and a plethora of new course and class records can justify that observation. Sacred Kingdom’s 1200m track record however has stood the test of time speaking volumes of his recent performance.
#2 Computer Patch did all the heavy lifting in the aforementioned race right from the very start. He put the steps in place for the hard closers to record that incredible overall time. The transition from handicap conditions to now set weights is clearly in his favour and a similar effort makes him the tough nut to crack. The aggressive nature from numerous opposition out the gates may overload him early but he does not need to improve to win.
#13 Winning Dreamer won his first six starts before his bubble burst when stepping up to Group 3 company and up to 1400m. Blood in the trachea also played its part in his out of character performance with a run since back at the 1200m encouraging. He has drawn perfectly to receive the run of the race but set weights is a hurdle he is still yet to overcome. It appears to me that he has just hit a few bumps in the road and I expect him to further progress.
#12 Sky Field has often looked a special galloper and his performances behind Wellington suggests he has not found his mark yet. With a strong tempo expected from the outset the race should unfold the way he wants it. If he holds his rating he can only place but should he lift a notch the outcome becomes more interesting.
#5 Fat Turtle has had what looks to be an average season with just a fourth from six starts and could easily be overlooked. When searching deep through his form in isolation you will find minor excuses appearing all the way through. Today he’s drawn perfectly and should he run up to his effort in the Hong Kong International Sprint, he will go very close to winning. 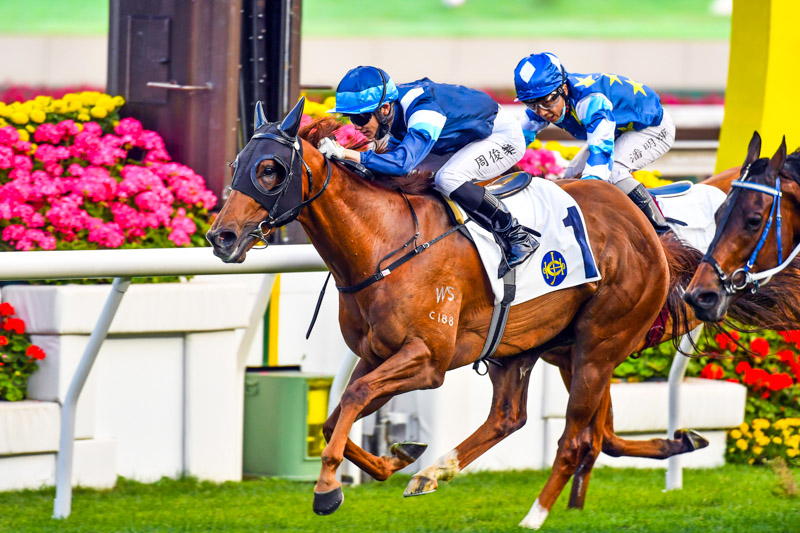