It’s a massive day of racing with the Group 1 Hong Kong Gold Cup, the Group 1 Queens Silver Jubilee Cup and the second leg of the 4YO Series, The Classic Cup the three dazzling features of the afternoon.

It is a day where there will be plenty of short price commodities on offer for those that like the little fish are sweet approach, but if you are an exotics player who is after juicy dividends then races four, six, eight and ten are likely to accomodate your needs.

#2 Waikuku has been terrific since his return from an eight month spell tackling the best at the highest level on two occasions this campaign. It is a well thought out plan by trainer John Size to venture back in trip whilst in the process steering clear of the unrivalled Golden Sixty. The drop back to 1400m is sharp but considering his current circumstances and lack of racing looks the best option. Class will not be an issue here and it is likely the race is decided by the power of a turn of foot. I am confident the return to a shorter trip with expected high speed can create a winnable environment. He was brilliant at this trip as a younger horse and is worthy of the on top selection.
#9 Not Usual Talent has it all to do at set weights with a fourteen point inferior rating against those at the top. But what is in his favour is again the high speed tempo up front which can also allow him to produce his biggest asset, his turn of foot. It is his first attempt at a race of this caliber and he will be sent out at double figure but it is likely to be run exactly how he wants.
#1 Southern Legend is a warrior that can rarely be overlooked no matter the conditions or distance. He returns to 1400m for the first time since his opening race of the season where he finished fourth in the Celebration Cup under handicap conditions. The set weights are a big plus today but the distance is a slight query as it has tested his versatility on quite a few occasions in the past.
#7 Mighty Giant was thrown in the deep end a couple of months back after winning his first two races this season which also registered his fourth and fifth wins in succession.  The four runs following, all at group level, have confirmed his status as a fabulous young horse but he is just a few lengths off the very top. His best result from those four events mentioned was over the 1400m but under handicap conditions. It has been a long tough season for this flashy chestnut already, but I expect him to be quite competitive back at this trip.
#3 Ka Ying Star has consistently produced better results when leading uncontested which enables him to build and fight hard to the line. If he is intensely pressured through the first 400m he will weaken as he prefers it on his terms. Back to 1400m with speed drawn around makes him difficult to recommend with any real confidence. The most likely outcome being he settles outside the lead but pushes to hard to get there.

#1 Golden Sixty lines up for his seventeenth career race start today and in the process eyes off and incredible sixteenth career win. It is a phenomenal record but is there any reason to suggest his winning sequence shall be brought to an end. Perhaps it might be the step to 2000m for the first time since his win in the Derby. Is it because he arrived just in time in The Stewards Cup when appearing semi beatable through the last 150m. Maybe it is because he tackles the current Horse Of The Year Exultant for the first time. What ever your thoughts he is up their now with the best milers to have ever graced the Sha Tin turf and you must predict he will win.
#2 Exultant has not been able to post a victory this campaign and regular rider Zac Purton on numerous occasions has stated the horse is still going well, just not as well this year as last. During the week Purton made comments suggesting he will be out to run his own race and not to get involved in any tactical play. On paper it promises to be an exciting battle but recent form suggests he will need to produce something from the archives if he is going to win.
#3 Furore, a Hong Kong Derby winner himself, is in the elite level and currently rated at his highest ever mark of 123. He did not win a race last season but returned this term with two group race wins over the 1800m and 2000m respectively. He possesses the X-Factor to defeat almost anything that gets in his way when he is on song and his record from earlier this season proves that. Perhaps he might be the one to test the greatness of Golden Sixty as they have only met once, and that occasion he was very much underdone.
#7 Glorious Dragon was not a surprise winner in The Centenary Vase where he put most of these to the sword including Exultant and Furore. The step to set weights is the next big question as a new level of form has been reached. At the end of last season he contested a number of races similar to this including the QEII Cup in April, but was not good enough. However, he is a much better horse this time around and perhaps he’s the party pooper at the Golden Sixty parade.
#4 Columbus County has also had chances against the best and given time and ground can measure up in the biggest races. I would expect another good hearty performance but feel he is now looking for the 2400m. He is as honest as you will find and
his output is one hundred percent guaranteed once the gates crash back.

The 4YO Classic Cup

#2 Excellent Proposal bounced back to brilliance in the first leg of the 4YO Classic Series, The Classic Mile, with a superb win under Blake Shinn. The second leg, The Classic Cup, jumps up 200m to 1800m which is a course and distance this exciting four year old has already won over, defeating older horses in the process. With a long run down the back straight barriers are not crucial but a comfortable run with cover is key to this fellows chance. The Derby distance of 2000m may create questions regarding his depth and stamina, but that event can be analysed closely once he performs accordingly today.
#4 Tourbillon Diamond is the biggest danger and he has showed no signs of home sickness since the very smart Australian arrived in Hong Kong. He has basically kicked off from where he left and has no doubt thrilled connections with his performance and potential earning capacity. It has been heavily discussed as to whether he would have won the The Classic Mile after copping interference mid race before being blocked in the straight at a vital stage. Vincent Ho who won the Derby last year on Golden Sixty has made the switch back from his previous mount Healthy Happy and it is very obvious why.
#12 Packing Waltham has plenty to find on ratings but the former Irish galloper is still very much on the upward spiral. Tony Cruz applied cheek pieces three starts back and he made noticeable improvement. The legendary Jockey/Trainer has gone a step further today and added blinkers. It is quite clear he will be better suited to the 2000m of the Derby and may even eventuate into a genuine 2400m horse in time, but expect him to run a big race nevertheless at a price.
#5 Lucky Patch is a speed horse that has continued raising the bar only to be cut down by those with class through their turn of acceleration. In previous years this race has been won by similar types who have enjoyed soft sections through the first 800m due to the long run down the back. The pace on paper reads slow which could easily allow him to make the running without attack. The handicappers elevated his rating nine points for finishing fourth in The Classic Mile which highlights their reassessment of his ability.
#3 Lucky Express does not know how to run a bad race and his runner up prize in The Classic Mile was again another example of his courage and enthusiasm to race. With a touch of luck he could have won his last three but interference on all occasions has cost him. From the draw it looks like he will be pushed back and smothered up near the rail which could potentially cause issues.
Conversely, they may take the option to be closer from the draw and push forward early. Both situations raise questions and could make things complicated but he is difficult to cull from calculations. 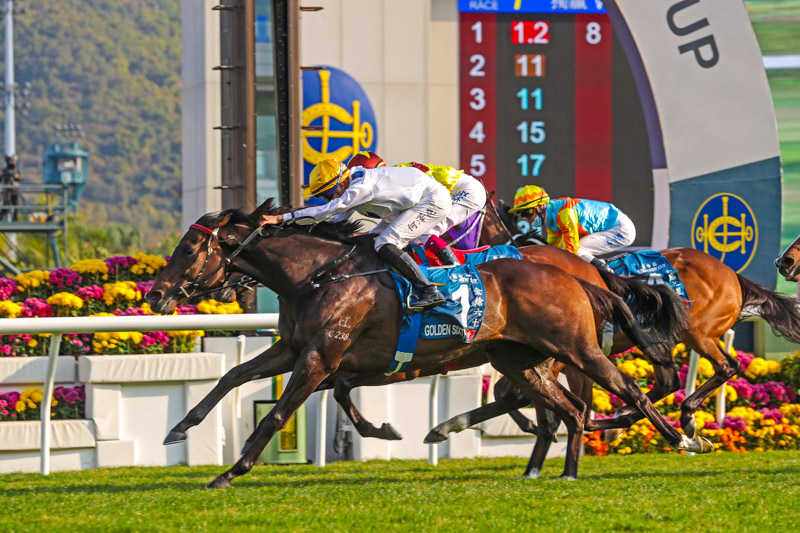