#5 Handsome Rebel is unbelievably still a Hong Kong maiden after twenty two outings. It may suggest he is a non winner and I would not take you on in a debate over the subject. However, All Weather racing gets underway today for the season and that is where he has done his best work. He is trained by the maestro of the dirt in Me Tsui and he would have been moved on to another stable if the trainer felt he was wasting time. I have always been of the opinion he is better riden with patience and I am hopeful that is the decision they make today, but the trial in preparation suggests that probably w ill not be the case. In a tricky race to kick of the program he is a solid each way chance to finally shred that maiden status.
#7 Super Kin has plenty of ability and it was on show in his preparation trial for this race. I have mentioned in the past constant soundness issues have plagued his career for long periods and today he is having start seven, as a 6yo. The positive going forward for connections is he coped well with four runs last season and fronts up again today, with no extended rest period required. I marked him the likely favourite an all being equal the hardest to beat.
#3 Dollar Reward lost all form in the closing months last season so the break should have done him the world of good. He maps to gain the run of the race and it is worth remembering he won his first two starts last season on this surface.
#9 Super Winner has the benefit of a start already this season and that makes him worthy of inclusion. He can roll forward from the gate sit handy to the speed and should not be underestimated, despite ultimately searching for the drop in grade.
#8 Viva Council has won four of five races in this class and displayed his continued enthusiasm by winning a trial in the lead up. He often takes a few meters to muster speed which concerned me from the low barrier.
But, if he pumps through with no issues early and finds his rhythm he’s a genuine winning chance.

#3 Regency Master took all of last season to get up and running but was super impressive taking out a Class 4  in his final run for the term. By Savabeel out of a High Chaparral mare you  would fancy him to get better with time and the incremental increase in distances. What he has already shown is a remarkable turn of foot which makes him progressive and exciting to watch. The break in the off season has given him the freshen up he required, as it is likely he will be in for a long season. The good thing of the day.
#8 Family Leader is an honest galloper who has drawn well today and you would expect him to run his normal competitive race. With a guarantee of travelling forward and racing handy you can expect another solid run for your money. Particularly if something went wrong with the favourite, as he will be there to pick up the pieces.
#4 Jimmu has been an under achiever since arriving from Germany on a very high rating of 81points. He will kick of the new season today on 49points with a jockey aboard that has shown immense loyalty and commitment. Blake Shinn has been aboard his last five starts and two of them were decent runs when zooming home from near last. This is potentially a season where he can finally get on the winners board.
#9 Wonder Express looked a limited galloper until the end of last season. A win in Class 5 followed by two solid runs up in grade suggests he is figured it all out. How much higher he can go is certainly up for debate but the positives are Chad Schofield knows him better than anyone and he is drawn ideally.
#6 Apex Top is the winner of a recent 1000m turf trial in reasonable time and in doing so cut down Moneymore, who subsequently won well on opening day. Trials are trials and races are races as we know, however, it is his first glimpse of form so I would watch the market closely.

#2 Star Of Yuen Long looks like getting control from the outset without to much opposition for pace, but he can easily take a sit if that is not the case. With a solid grounding of two trials under the belt and the ideal gate in barrier 4, he looks difficult to oppose. His 2yo form in New Zealand suggested there would be quite a bit to work with however it has been a relatively slow process so far. With that in mind he appears nicely rated and well suited today, however there are others competing with similar profiles.
#13 So We Joy is one of the opposing opposition that posses a decent sized engine and a promising future. His win over the 1600m in early July was the performance of a horse with plenty of scope an untapped ability. The runner he easily defeated on that occasion was Chevalier Prince and he himself looks a better than average conveyance. This is a very nice horse but my only little query today was the 1400m, it might just be a fraction short.
#10 Joyful Heart won his first start and since has gone on to win two more. What I like the most is he continues to get better and better with racing. He had a massive work load last season and was desperate for rest, now he has had that I am very respectful of his presence.
#1 Circuit Glory has not won for more than a season but that last win was in Class 1 and for this jockey. In review of his efforts last season, I am suggesting he is close to finding his best form again and I am expecting him to be competitive today and in future, particular at the valley.
#11 Superb Daddy showed some wow factor last season when scorching home from well back to score in a Class 4. He recently repeated that action in a preparation trial but must now step up on race day, against the better opposition. 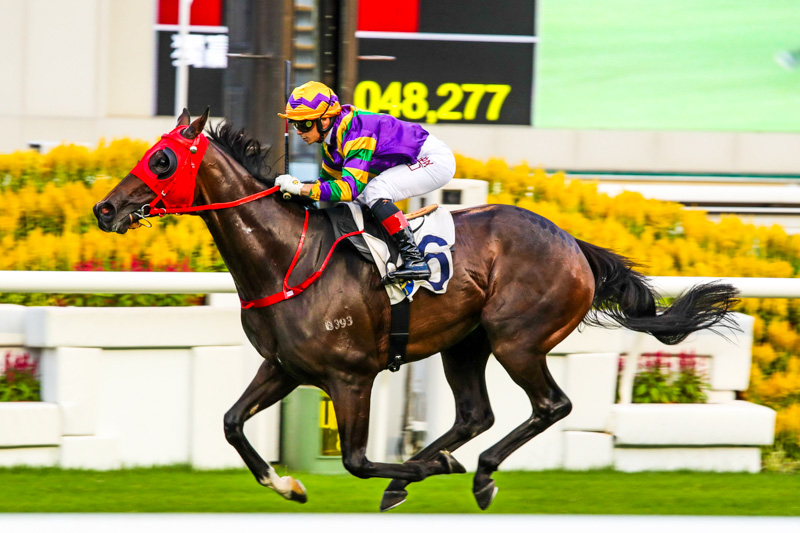