#1 Dionysus Collin has poor form around his name at the moment but he is going better than it suggests. He is yet to really fire a shot for the new yard of Jimmy Ting, with excuses primarily to blame, but that can change tonight. It is an open contest the first and a script can be written for a number of horses to win. In 37 starts he has never been this low in the ratings and yes his last three runs have been woeful. However, his first up run this season was good and at a level high enough to win.
#8 Success Allstars is on debut for a new stable, which is a surprising as he was going particularly well before the transfer. Nevertheless, he has the right stats for the particulars of this contest and must be highly considered. It is likely he will settle three back the fence from a good draw which could make things tricky but he closes well.
#3 Wonder Win had almost a year off due to a tendon injury but returned with a strong effort first up when finishing second. He possesses tactical speed and could well strike the lead if connections decide to push. His form prior to injury was honest at this level, however, the second up syndrome off such a long break could potentially raise its ugly head.
#6 Amazing Boy has gone close his past three starts and is worthy of consideration once again. Purton takes over from Moriera so you will once more be required to take shorts in betting but he is difficult to overlook. Where he ends up from gate 7 is a mystery but it is not beyond the realms of possibility that he is caught wide.
#11 Diamond Star is the lowest rated runner in the event but would not be the first to win under these circumstances. He has drawn well to secure a decent run in transit and has a jockey aboard that’s been with him consistently. Admittedly he is not much chop, but in good company, and luckless at his most recent start.

#10 Viva Popcorn appears one of the best bets on the program despite the fact he is just a one time winner. He has been a slow developing International Sales Graduate who is now progressing nicely with closing speed his best attribute. The wide barrier forced him back an extra spot last outing and ultimately cost him another win. Tonight from an ideal barrier, in gate 5, he can position closer and therefore settle handier. All being equal the win should unravel itself down the stretch and it would not surprise if he won it well.
#1 Seaweed Fortune appears capable of winning at the bottom of Class 3, once he gets there, and that will not be faraway. He races best when settling back and absorbing a tempo. The weight is likely to reduce his closing speed but he is at the top of his game and should not be overly underestimated.
#2 Packing Famous is still finding his place amongst the Hong Kong racing ranks and could find a position tonight on the speed. It is his second run down in the lower grade of Class 4 and improvement looks imminent following a better effort in a recent Conghua trial. He was a 5 length winner at his only start in Australia so I would expect something shortly.
#8 Kungfumaster Panda has produced a number of good performances recently and I anticipate similar tonight. He will need a little more luck from the wider barrier but his consistency cannot be questioned. Injuries played a part in previous patchy form but that seems clearly in the past.
#7 King Dragon has become an unreliable and costly conveyance but can potentially add value to exotics. He will be a price, deservedly so, and from the draw should secure a nice run with cover midfield. He is very precious and throws in the towel at the sniff of a bump but untouched could produce a result. 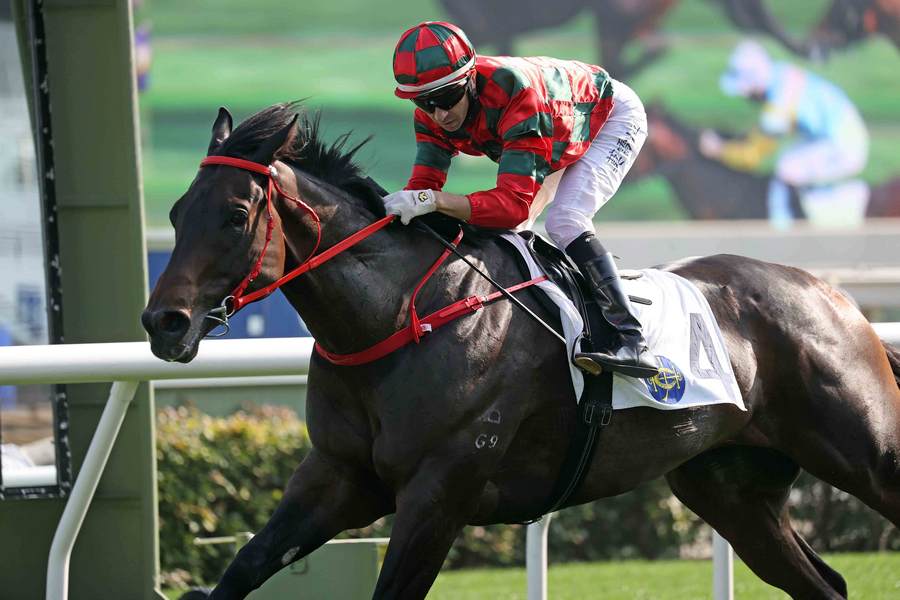