#2 Free Foal drew wide at his only previous start at Happy Valley and was snagged back before motoring home through the later stages. His opening effort this season at Sha Tin reads worse than it was after he was knocked about out the barrier and again once they straightened. The lead is his tonight should connections want it and with Mathew Chadwick behind the wheel he will be rated well.
#4 Ming Warrior has not done much to-date but the former Irish galloper is just about ready. He is well rated on his initial arrival handicap and put in a ripper run first up which was against the race pattern. He was further baulked at a vital stage in the home straight and arguably could have run a place. A potential lack of speed could well go against him tonight but he is going along nicely and is knocking on the door to win.
#1 V Chevaliers won three races last season and his track work leading in first up suggested he will run well. It is another suitable and winnable race for him and with gate 1 to jump from there should not be too many excuses. It is worth pointing out he has been stuck on a rating of 58 for sometime which suggests he is burdened by the big weights.
#8 Stay Chill has been competitive in similar races in the past and comes out of the same event Ming Warrior contested last start. He possess some tactical speed which could be useful from the draw to help position handy. If that unfolds and he trails a slow pace it is not beyond him to feature prominently in the finish.
#10 Oriental Amigo is on the verge of a drop in class and attempting the longer journey for the first time. Moriera has seemingly lost the ride on a couple of others in this event and also appears to be riding low on confidence. He has had no association with this horse at all in the past however I am not game to leave him out completely.

#2 Decisive Twelve was awesome first up when leading throughout to score as the short priced favourite. Unfortunately he lost the plot second up when over-racing after being bumped out the gates and never recovered or settled.  Tonight there appears no reliable opposition for speed and he should dictate from the front for a very long way.
#7 Ever Force is the horse that shall be looking for the spot outside the leader Decisive Twelve and if he gets that I would imagine Moriera will not be pushing the issue. He won a couple on the bounce last campaign before holding his own in Class 3 against a number of decent animals. Moriera has been involved with this guy's last two gallops but the majority of his lead up work was completed at the training complex in China, Conghua.
#10 Wood On Fire launched a massive run over the final stages of his seasonal reappearance to get the job done at a price. He has yet to win in this higher grade an everything would need to go right for him to achieve such a feat. He wants a tempo throughout to do his best and that is unlikely looking at the speed map. The positive is he has drawn well.
#3 Simply Fluke enjoyed a prosperous season last time in work but is now on a career high rating as a result. The draw, jockey plus course and distance are all positives going in, but I just wonder how much is left in his rating tank. If he is to feature he must start well and be in the first half when they swing.
#5 Excellent Chariot is a horse I have got time for and I like the way he won at the end of last season. He has had a trial leading in which I found difficult to read but I am confident he has got rating points up his sleeve. He has drawn a fraction tricky and shall be better for the run, so I am half sitting on the fence until he has his next start. 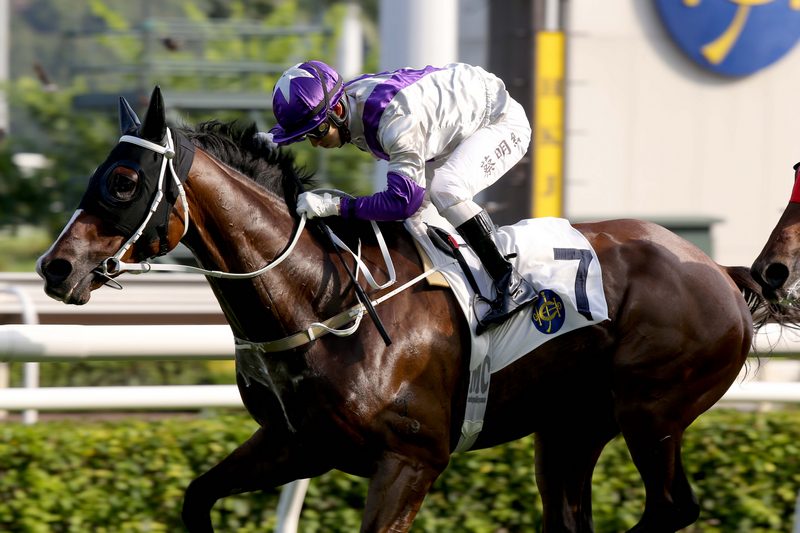