#9 Fortune Patrol is worthy of an each way ticket in the first following his overdue win at the end of last season. Back in distance to the 1800m is a little question mark, however, I have a feeling they will get moving in this a long way out.
There is no speed to report early and a number of back markers engaged are known for rolling on , particularly when the speed mid race is sedate. That can create his opportunity to trail with cover in to the straight and from there he will be an each way chance.
#1 Crown Avenue shall hold a large portion of the market as he is trained by Dennis Yip, ridden by Zac Purton plus has the benefit of a run. If the pace does not eventuate he will be in the prime position throughout on speed. If the speed does increase well before the home bend he is also capable of dealing with that pressure and finding the line.
#3 Sky Gem is a regular competitor in these types of races and Moriera knows exactly how to extract a win from this durable and competitive stayer. The barrier allows the pair to find the rail midfield and they will be watching for moves.
He could attempt to even settle of the fence and be the instigator himself, if it is a crawl. With that in mind he is difficult to overlook by all accounts.
#8 Go Ballistic arrived as 3yo from South Africa and the now 6yo remains a Hong Kong maiden. He went as close as he has ever gone in his final start last season and should be respected on that run alone. However, I know him well and it is difficult to display confidence due to his costly nature. Perhaps this is a win for the father/son combination of Luke and David Ferrari. Judged on his last outing, in isolation, it os a possibility.
#2 Magnetism has never been this low in the ratings his entire career which suggests he has lost the zest for racing. He will enter his seasonal return with a terrific barrier draw but no barrier trial under the belt. Karis Teetan has won on him twice but interestingly Luke Ferraris has been aboard during his morning gallops.

#9 Fa Fa showed glimpses of above average ability at the end of last season and should go higher in the ratings this campaign. He is not fully screwed down first up but his trial at Conghua was encouraging enough to suggest he is the hardest to beat. He is drawn superbly and maps to receive the ideal trail in behind the speed. With his capable turn of foot again produced he will be difficult to hold out.
#1 Magnificent has drawn well in gate 2 and shall cross to the fence and lead. There will be one or two carving over from deeper out but it is anticipated he will absorb that pressure then maintain control. He is now back in Class 3 and has accumulated the majority of his prize money in this grade and under similar conditions. The rail placement is out which is also likely to be in his favour.
#10 Surrealism does not win out of turn but I rate him a solid chance this evening. He was consistent at the back end of last term and residual fitness shall assist when staying to the line. His work and recent trial reflects his well being so with a touch of speed and luck he can feature.
#5 Smoothies is knocking on the door for a win but the outside draw looks ugly on paper. He is capable of a jump and run approach or conversely a conservative start before positioning. Which ever option connections decide upon he will remain a difficult horse to tip and win. A brilliant ride is what is required.
#4 Incanto Prepared won four races last season over this course and distance with Moreira behind the wheel on each occasion. He has not raced for five months and his preparation has been on the conservative side, with two easy trials at Conghua. He will be granted every chance in the run from the good gate and should be equally respected. 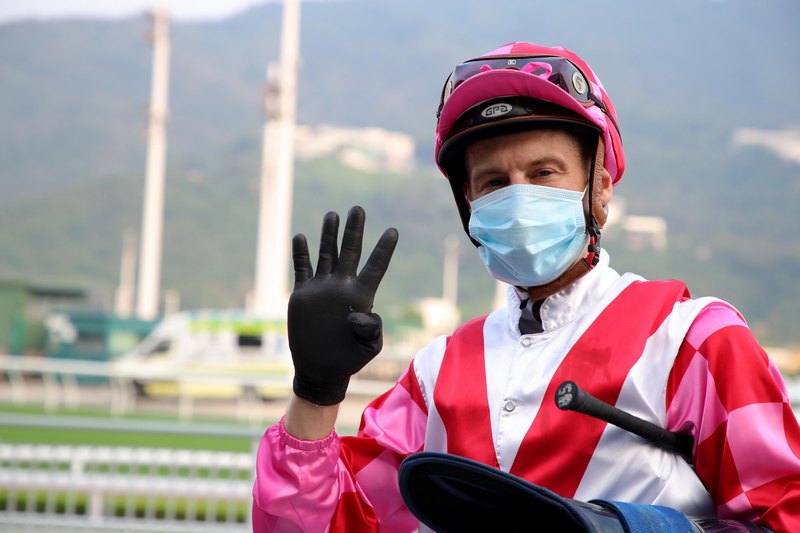