#5 Happy Profit is a progressive 3yo whose score card unfortunately reads quite poor after just the four races. If you dig deep enough however there are reasons to excuse that poor form with mucus in the trachea highest on the list. The stable following his latest disappointment transferred the youngster to the fresh air and surroundings of the Conghua Training Complex in China, which was exactly what he needed. A trial victory in April was cosy before he returned to Sha Tin and I anticipate a very strong performance in the opener.
#11 Noble Desire has been super consistent without winning and the wide draw he fills is again of great concern. Interestingly he displayed another string to his bow recently by finishing hard from the back opposed to his normal jump and run approach. Matthew Poon and he have a good relationship and I like the fact he is racing well. With a touch of luck he will win.
#12 E Honey is on the verge of a drop in to Class 5 but cannot be overlooked particularly with a good barrier and the booking of rider Alexis Badel.
He is another youngster slowly learning his craft and could well develop in to a miler with further experience and time. It has been a struggle for him dealing with early speed fractions so far but he is consistently producing a blasting last 400m.
#4 Little Bird last won off a rating of 78 points so he is extremely well in of his current mark of 52. His recent efforts at Sha Tin have been good and should he find his best back at this trip he will be competitive. On the flip side there have not been any market leads to follow during this season therefore he may need to drop a little further. But he is an exotics chance.
#1 Colonel has drawn the outside gate and with speed underneath could well be forced to work hard. He was run down by a smart one last start and initially he did all the heavy lifting. I expect he will be vulnerable to a superior turn of foot but he is difficult to pen.

#7 Rainbow Light from the stable of Douglas Whyte appears an astute purchase following a pair of runner up finishes from his last two starts. He has taken his time to get up and going but has gone ahead in leaps and bounds since the stable accommodated his needs. He carries plenty of head gear when racing now and could easily be mistaken for a horse racing in Japan. Nevertheless the engine is now up and running and it appears he has got plenty in hand.
#3 Total Power is the horse I expect to trouble the on top selection as he drops in class, has a claim and is draw well.
His recent form in class 3 is better than it appears on paper plus his tactical versatility is a major asset.
Rider Jerry Chau has many options from the gate but ideally a sit with cover is preferred.
#5 Royal Racer has developed into a gutsy strong finishing galloper who has not missed a prize money cheque all season. It is his first run back in five months following a thoroughly deserved rest at the Conghua Training Complex and his presence tonight must be respected. He only arrived back to Sha Tin in the last few days with two strong trials completed. Both suggesting he is ready again play.
#1 Regency Master is building a mighty fine record and did have the option to race at the bottom of Class 3, with his current rating of 60 points on the rating cusp. The awkward draw with weight will not make it easy but he has dealt with both in the past. The rail in the “A“ position can aid those getting to the central part of the straight and that is where I envisage him unwinding.
#4 Jolly Honour returns to Happy Valley as a well rated conveyance and should be considered with jockey Alexis Badel booked for the ride. He is hardly the punters pal but a drop in class, good draw, jockey alteration and change of track are all points to note. 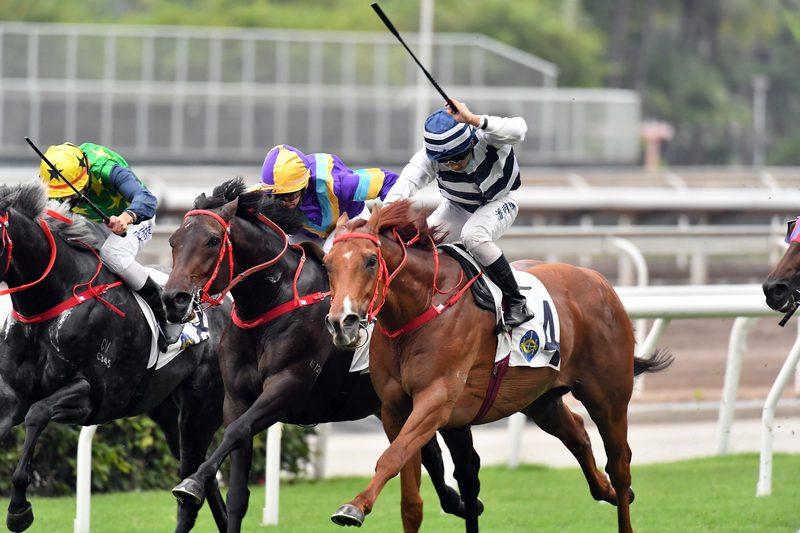