It is Wednesday night action from Happy Valley and the nine race card is highlighted by a Class 2 over the 1200m. It is a cracking line up of good hearty sprinters with the majority elevating themselves throughout the courses of the season to there current peak rating, but is there a genuine group sprinter amongst them.

It is no secret Amazing Star has always had untapped ability but early soundness issues to go with it. This Is Class winning three of four this season indicates he is extremely smart, but he has been kept at The Valley in a comfort zone away from Sha Tin. Shining Ace and Shining Gem are both genuine and at the top of there game right now, likewise Larson, but can they lift themselves to a whole new level.

Perhaps it might be left to former Australian galloper Colada now titled Prince of Frog who won the Group 2 Stan Fox in Sydney last October before his importation to Hong Kong, I would be very surprised.

The question I am asking is who are the next big players for Hong Kong In the sprinting ranks. Beat The Clock has not been seen since February, Mr Stunning now retired and Aethero bled badly his last start meaning it is highly likely there is trouble in the long run for him no doubt.

Hot King Prawn runs in Sunday’s Group 3 Sprint Cup but he is no Nature Strip. Big Party has promised plenty but has not stood up and coped with the pressure from the top echelon. Thanks Forever has a big heart and indicates perhaps he might be the best going forward, plus Might Giant warrants a small mention but still has plenty to prove.

So I am wondering where are the new sprinting stars. For all the millions spent on buying classy PP and PPG’s, where are they. Yes there was J J The Jet Plane and the freak Lord Kanaloa, but in the 14 years I spent watching the big sprint races Hong Kong dominated.

Let us keep the fingers crossed tightly that something steps up, because Hong Kong Racing needs a big spike in this area and needs it now.

#10 Seize The Spirit did very little right in his first full season of racing, however he has looked and raced a much improved galloper this term which began back in December. A touch of patience early in his races has brought about some good final sectionals and tonight’s race should provide the tempo he requires to close strongly.
#5 Blooming Spirit has handled the step up in to Class 4 company with flying colours. He has drawn ideally to gain the run of the race and is extremely difficult to oppose.
#6 Lightning Steed has not had a lot of racing the last few months and should strip fitter following an extremely tough run last start, it was a huge effort in defeat.
#11 Plikclone has not been worth following with great confidence since day one but recent efforts are better than they read, he is worth including at odds.
#3 Focus has shown a liking for the longer races recently and without blinkers, the good draw again makes it difficult to leave him out of calculations.

#7 Amazing is racing in terrific fashion but just cannot draw a decent barrier and again tonight he has got gate 12. However, I am happy to take the chance each way hoping for a scramble early which looks a possibility. His closing sections have been consistently brutal all season and with the rail in the C+3 position the gaps should open up for him once they turn for home. An unimpeded passage from thereafter is vital so I will be looking for him to appear in the final stages.
#1 Ares is the youngster on the up and won a trial at Sha Tin leading all the way in preparation. If he gets in to that position on race night with no pressure he’s hard to beat, but the other jockeys and connections should be aware of that.
#4 Monkey Jewellery has drawn outside the top weight and in all likelihood Moreira shall try to follow Purton over to the rail from the jump. If that is the case and there is no other early pressure from below then they probably fight it out.
#3 Harmony N Home raced handy from the good gate last start, with the 7lb claimer atop tonight you would imagine he goes forward. He has his fair share of ability but is still raw, his best efforts to date have been riden with patience.
#2 Hero Time took an age to win again but he got it done last outing. If the pace I am envisaging unfolds here then that creates a similar environment for him to run at over the final 200m. 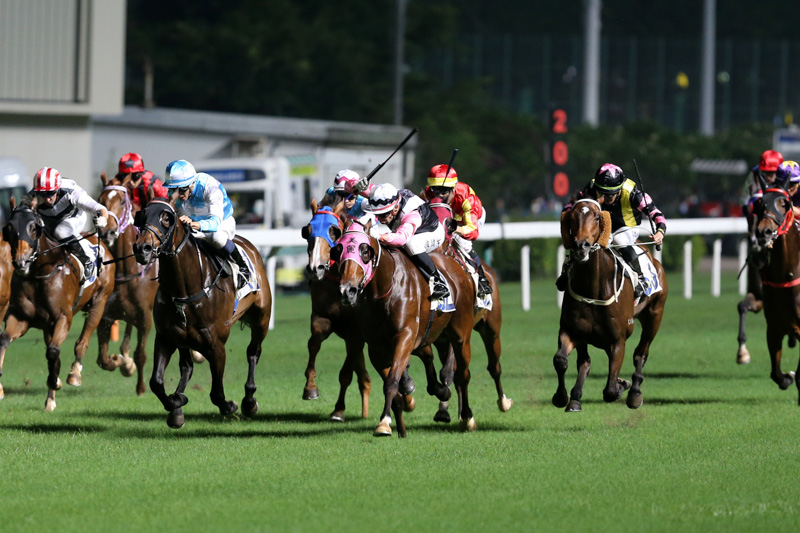